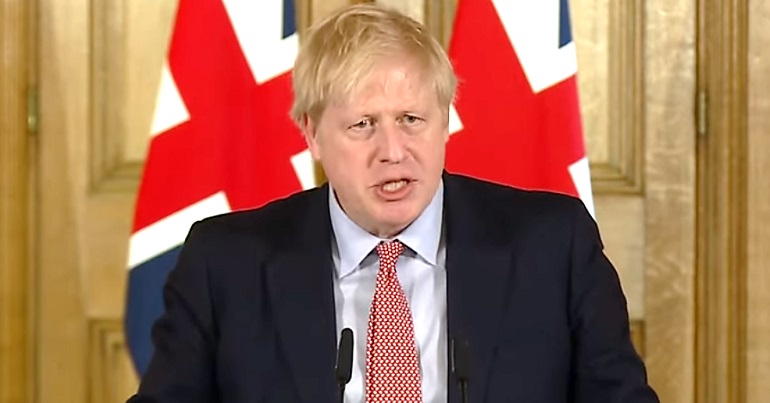 The BBC has published an article suggesting that the number of coronavirus (Covid-19) related deaths in the UK could be “nearly twice as high” as the official figure. This follows similar analysis by the Financial Times (FT).

Both media outlets expose the blatant dishonesty of the daily figures quoted by Boris Johnson’s government.

The government, according to the BBC, says there have been just over 28,000 coronavirus-related deaths, though the true figure is more than 50,000:

By 1 May, the number of coronavirus deaths announced by the UK government was just over 28,000.

Looking back at death registrations filed then, the figure is higher: just over 36,000 death certificates mentioned Covid-19.

The measure preferred by statisticians, counting all deaths above what would be expected, was even higher: more than 50,000.

The BBC article states that the official figure released:

only includes deaths of people who test positive for coronavirus… But it’s a poor measure of the overall death toll because it misses people who never had a test.

As for the over 50,000 figure quoted, the article explains:

Adding the weekly [death] excess up over the weeks of the epidemic and it comes to just over 50,000 by 1 May, higher than either the number of death registrations that mention Covid-19 or the UK government’s daily count.

This BBC tweet summarises here the methodology used in their calculations:

There have been more than 50,000 excess deaths across the UK since mid March, around 50% more than expected for this period

The FT figure is not dissimilar from the BBC ones, quoting 50,979 deaths and explaining that it:

includes people who died with the disease, but without being tested, in the community and in care homes. It also includes indirect victims of the pandemic who died, perhaps because they were unable or unwilling to attend hospital for treatment.

However, FT economics editor Chris Giles reckons even that figure does not fully take into account the latest excess deaths numbers:

Update, following today's official @ONS data of total deaths, a cautious estimate of the number of UK excess deaths up to 12 May is

Of these 51,000 have happened and 8,700 are estimates bringing the official data up to date using evidence from hospitals

It was just over two weeks ago that Johnson famously declared that his government’s handling of the coronavirus outbreak was a “success”:

Talk about polishing a turd, Johnson – "There Will Be Many People Looking Now At Our Apparent Success" – So it's clear, now we know what the Tories class as a success, over 20,000 dead in hospitals that weren't overrun because they left another 20,000 to die in our communities. pic.twitter.com/EjmcTNRedX

This “success” was because the official figures at that point in time did not include coronavirus deaths in care homes, as The Canary pointed out:

The UK government only reports deaths from coronavirus (Covid-19) that happen in hospitals. New research shows that the true number of people dying is more than double government reports. Figures prepared by the Financial Times (FT) show that 45,000 people have likely died from Covid-19.

Moreover, the latest World Health Organisation (WHO) statistics suggest the UK has one of the highest coronavirus death tolls per population:

WHO figures: Deaths per million of population.#COVID19 #Covid_19 #coronavirus pic.twitter.com/h39CtqOWJz

Former WHO director Anthony Costello is highly critical of the latest government plan to defeat the epidemic, as this Twitter thread shows:

The UK Government's COVID-19 Recovery Plan Report 'Our Plan to Rebuild' released today will not ensure the suppression of the epidemic. Find, test, trace and isolate is crucial to success. Yet four months on, the government plans remain misguided and over-centralised.(2)

With tens of thousands dead, the BBC asks: "If the UK had started testing earlier, if lockdown had been brought in earlier, the UK might have a lower death toll right now?

Sir David King: "I don't think there's any might about it, of course it would." pic.twitter.com/heFm6F8SgZ

Meanwhile Independent SAGE, convened by King, has published 19 recommendations from its meeting, as well as a video of its press conference:

The UK now seems to be the European and possibly world leader in coronavirus-related deaths per population, based on the estimates and projected figures given by the FT and now the BBC.

This is down to factors including: being late in organising a lockdown whilst toying with the ‘herd immunity’ approach; problems regarding testing (including that of older citizens leaving hospitals for care homes) and samples; delays in the provision of Personal Protective Equipment; and problems regarding the tracking/tracing app. Regarding the latter, unsecured documents reveal that the NHS is looking to “reduce ways people could use the app with “malicious intent”. Also, there could be “public panic” should people wrongly admit to symptoms.

The terms shambolic, chaotic or disorganised are no longer sufficient. When it comes to the huge number of deaths caused by the mayhem, ‘criminal’ might be more appropriate.