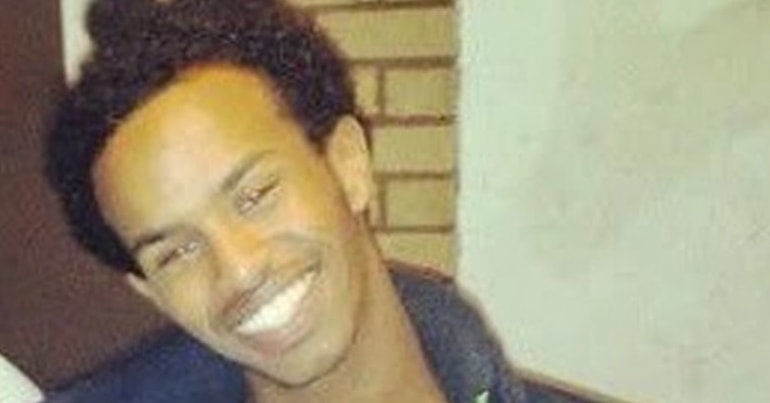 The funeral of 24-year-old Mohamud Mohammed Hassan took place on Sunday 17 January. Mohamud died suddenly on 9 January after being arrested and held overnight in police custody. Witnesses say that he had been released from Cardiff Bay police station with blood on his clothes and bruises all over his body. According to a close friend, he said:

Look fam, the police have beat the shit out of me.

Before he died, Mohamud told his family that the police had tasered him twice. His cousins said:

Chief constable is quick to defend his police force

After mounting pressure from Mohamud’s loved ones and from the public, the chief constable of South Wales Police, Jeremy Vaughan, finally released a statement on 15 January. Mohamud’s case has been referred to the Independent Office for Police Conduct (IOPC) to investigate. But Vaughan was quick to defend his force. He said:

We did this not because we thought that police officers had done anything wrong, but because it was the right thing to do, to give an independent view on the decisions that we made and the actions that we took.

The death of Mohamud Hassan was a tragedy and we will continue to offer our deepest condolences to his family.

[Vaughan’s] sympathy and concern statement is exposed and undermined by the fact that neither he nor anyone else from South Wales Police made any effort to contact family in the immediate aftermath of Mohamud’s death.

IOPC not reporting the facts

A statement released by the IOPC on 12 January stated that:

But Jasper points out that this is unbelievable. He says:

This in spite of the fact that they had sight of the interim post-mortem examination report that confirmed Mohamad’s body was battered and bruised.

This is selective reporting on their part as the report confirmed that Mohamud had, as his family has consistently stated, suffered some physical trauma including a split lip and numerous bruises consistent with being slammed against ‘hard surfaces’. So why didn’t the IOPC statement report all the facts?

The IOPC’s stance is, perhaps, not surprising. A Guardian report on 18 January revealed that:

Fewer than one in 10 British police officers found to have potentially committed gross misconduct by the [IOPC] are dismissed.

On this occasion, it looks like [the IOPC] have conspired to construct a version of events, designed to mislead the public. If that is the case, and it appears to be so, then that is a very grave mistake indeed.

Chief Constable Vaughan spent at least a third of his statement talking about Covid regulations, and how we should all “follow the regulations and guidelines”, presumably in an attempt to guilt us all into not protesting Mohamud’s death. Jasper argues that this is:

a classic divide and rule tactic and attempts to gaslight the black community.

Vaughan went on to say that:

It would seem to me that the simple insertion of knife crime is a either a subliminal or a consciously non-too subtle attempt to use that issue as a dog whistle reference, to conjure up racial stereotypes.

At the same time as Vaughan and the IOPC denying any police misconduct, the police are refusing to hand over their bodycam footage to Hassan’s family.

Ironically, the reason why police body cams were introduced in the UK was to provide public reassurance concerning critical policing incidents. It makes no sense in the context of a case causing tremendous anger and anxiety that the Police should withhold video footage from the family.

Campaigners are urging everyone to sign a petition, demanding the release of bodycam footage immediately. We all need to make our voices heard and make sure South Wales police are held accountable.