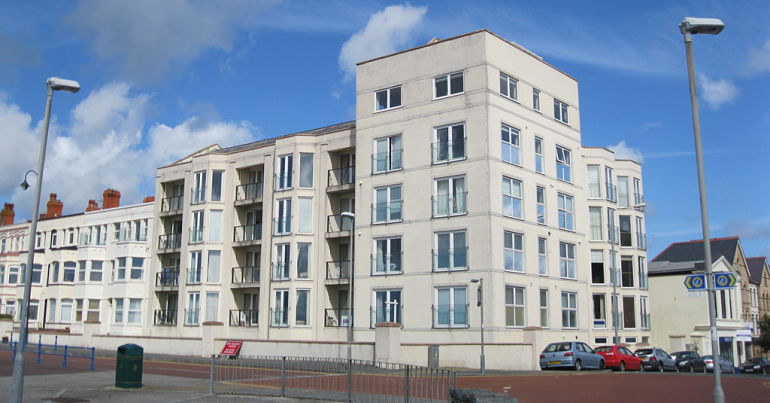 In 2020, the Welsh government estimated there would be 24,423 taxable second homes in Wales for the 2020-2021 financial year. A large number of these are in rural Welsh-speaking areas and are owned by people from other parts of the UK. They’re also in some of the most deprived areas in Europe.

The purchase of second homes impacts negatively on the Welsh language. When it pushes up the price of housing, it pushes Welsh speakers out of the area. It also means many of those who stay can’t afford to buy.

At the route of this is the neoliberal housing policy of the UK and Welsh governments. This means housing is a commodity rather than a right. And because of this ill effect on local communities, people in Wales are taking a stand. The Canary spoke with campaigners from the groups Undod and Cymdeithas yr Iaith.

In research it published in July 2020, it outlined:

One of the main areas where the [coronavirus] crisis visibly exposed the class divide is housing. Housing was an acute issue in Wales before the crisis, and the pandemic has illuminated the extent to which housing precarity impacts savagely on working class people across the whole of Wales.

The root of the housing crisis is that under capitalism, shelter – a fundamental human necessity – has become a commodity, an investment.

More than any other issue, housing exposes the emptiness of the Welsh Government’s claims to be social democratic or ‘radical’. Despite their radical rhetoric, their response to the housing crisis before and during COVID-19 demonstrates the extent to which the Welsh Government is completely dominated by capitalist interests and the extent to which ‘progressives’ in Wales are ideologically committed to neoliberalism.

Elin Hywel is a member of Undod’s housing working group as well as a local town councillor. She said her part of the north of Wales is “really badly affected by the housing crisis”. Hywel believes that in this part of Wales the housing crisis means:

people from this area [are] unable to choose to live at home… being priced out of the market completely… because of second home owners, holiday homes, holiday businesses, Air BnB

She believes that while the housing crisis badly affects local culture and language:

it is actually a class thing. So it’s working-class people being unable to live in the communities where they’re from

homes in communities, not just a roof over your head… Because the minute you take people out of the community, you cut that link with family, you make life more expensive, more difficult… and all these things are discriminatory against the working-class people

Hywel highlighted the case of a local headmistress who is:

unable to buy a home in the area because she can’t afford it. But because she’s a headmistress she’s on wages that are too high to allow her to get help… it’s a really clear imbalance

But Hywell was hopeful as she spoke about people working together in the community. She said there’s a campaign in the background. Undod is working with Cymdeithas yr Iaith and other town and community councilors across Wales to organise a response.

that was a really important step forward

As reported by The Canary, Cymdeithas yr Iaith, a Welsh language and community activist group, is campaigning for action on second homes in Wales. At an event on 10 July, campaigners will form a “human dam” across the Tryweryn dam near Bala in Wales. Cymdeithas yr Iaith said it will:

count down 50 days to the date of the rally by announcing every day names of prominent people who will be coming to the rally to sign the call on the new Government.

But the number of those communities:

has gradually deteriorated over the decades, and that’s something that we’re fighting back against

A solution to soaring house prices

Jones said house prices have risen considerably in tourist areas. This has led to young people moving away as they can no longer afford to rent or buy. They also take the language with them. These houses, according to Jones, are bought by wealthy people who want a holiday home.

She believes this wealth inequality “shouldn’t be allowed to happen” because they want:

So they’re campaigning for:

This property act would then:

move away from that system of treating housing as a commodity and introduce controls on the housing market at a local level to stop house prices continually being inflated. To prioritise homes for people in their local community and to put a cap on the number of second homes and holiday homes that you can have in any one area

a series of progressive taxes which could help tackle this problem. So, one of them would be a super tax on second homes. A tax on tourism to ensure that the cost of tourism is able to be met by local communities… a tax on the profit of landlords

The campaign has started

The campaign to tackle this neoliberal housing crisis in Wales is underway. Some protesters took that stand on 29 May. And both Cymdeithas yr Iaith and Undod are encouraging communities to stand in solidarity against it. Local solidarity is key to building the kinds of communities in which we want to live.