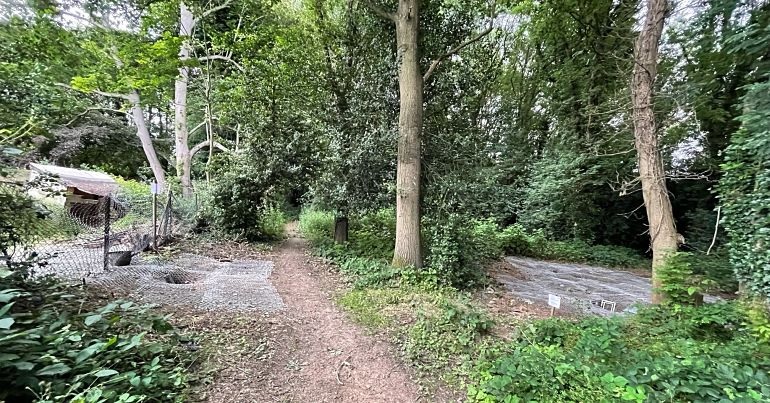 The House of Lords Environment and Climate Change Committee recently sent a letter to environment secretary George Eustice. The letter warned that there’s “a gulf between the urgfeency and importance of halting biodiversity losses and restoring nature, and the level of action” governments are taking.

Despite the Conservative government’s pro-wildlife rhetoric, nature-focused schemes, and announcements on biodiversity policy ‘improvements‘, this gulf is glaringly apparent. National and local authorities in the UK continue to sacrifice existing wildlife habitats at the altar of industry. If the government is serious about addressing the biodiversity crisis, this has to change.

Until recently, for example, there was a badger sett – aka a home – in La Plata Wood, Brentwood. Essex Badger Protection Group (EBPG), of which this writer is a member, says it’s been there for at least 50 years and had 16 entrances. In short, it was huge, and it had provided a home for countless badgers over the decades. However, due to a developer wanting to build homes close to the sett, EBPG says it’s now been shut down. 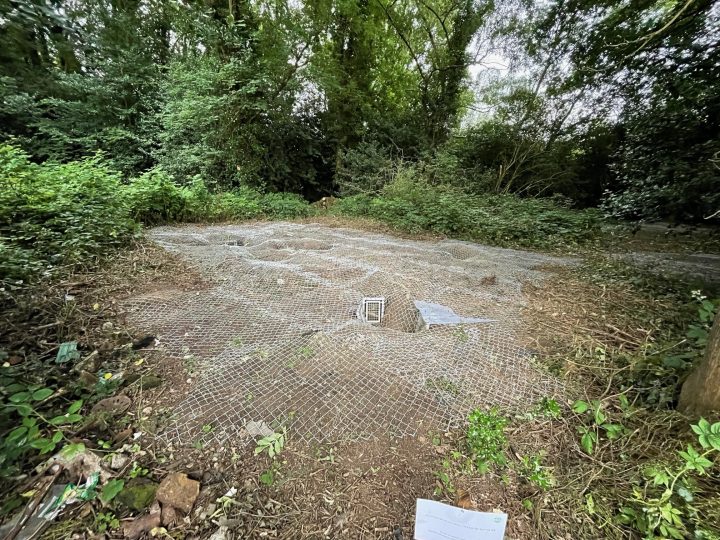 The group has submitted formal complaints to the council and Natural England over the situation. The complaints challenge claims by the developer’s ecologists that there are ‘several’ other setts in the wood. EBPG says the situation shows how “over development is causing massive problems for our wildlife”.

The Canary contacted Brentwood Council and the developer’s ecologists for comment. Neither responded to our request.

Carly Åhlén volunteers for initiatives such as the Fox Project. She told The Canary that many of the foxes she rescues “are from new builds and left with very little natural habitat”.

We need to change our viewpoint urgently on nature as something people see as optional or nice to look at, to the greatest chance we have in restoring balance to our world.

Then there’s the controversial rail project HS2. As The Canary has previously reported, HS2 will leave no less than 108 ancient woodlands, along with hundreds of other wildlife sites, destroyed or damaged beyond repair. A group of oak trees along Leather Lane in Great Missenden was recently felled for the project. The Campaign for Leather Lane Oaks said the “ancient, sunken lane” is a “vital bat corridor”, including for “the endangered Barbastelle bat”.

A petition against felling of the Leather Lane Oaks gained 40,000 signatories. It noted that the local environment management plan states that HS2 works should happen “during seasonal periods when bats are likely to be less active”. In a communication on the situation, meanwhile, emeritus professor of ecology and conservation at Leeds University John Altringham commented that he was “surprised that the removal of trees in high summer is even considered, given their importance to a wide range of wildlife at this time”. He insisted that corridors for commuting are as vital a part of bat habitats as their roosts and foraging sites.

But in a response to The Canary, HS2 described the timing of the felling as “good” because the bats are active. A spokesperson also said:

HS2 always strives to reduce our impact on the environment, however some trees on Leather Lane are directly in the line of where the new railway will be built. We have the necessary bat licence from Natural England, however there is no evidence of bat roosts in the affected trees and measures will be put in place to create a temporary bat flight path during our works.

The company did not respond to The Canary‘s request for clarification on how it planned to create a “temporary bat flight path”.

Sacrificing existing nature for the climate

HS2 also asserted that the project is helping “Britain’s economic recovery from Covid-19”. And it will cut road traffic, thereby assisting in “the country’s push to reduce carbon emissions”. The latter argument highlights a further trend in the UK when it comes to the destruction of existing wildlife habitat. Namely that it’s being done for the climate crisis.

The Wildlife Trusts, for example, have raised concerns over proposals to build two nuclear power stations in Suffolk and Essex. But the Department for Business, Energy and Industrial Strategy (BEIS) argues that nuclear energy “has an important role to play in the UK’s low-carbon energy future”.

The Essex Wildlife Trust says that the Bradwell B nuclear plant “is a threat to internationally and nationally important wildlife species and a number of critical habitats in Essex”. Likewise, the RSPB’s Suffolk Area Manager Adam Rowlands said of the Sizewell C nuclear plant proposals:

If Sizewell C is built, it would sit slap bang on the border of Minsmere, home to over 6000 types of animals, plants and fungi. Legally protected animals like otters, water voles and marsh harriers could lose their homes, and toxic chemicals and up to 3 million dead fish could be pumped into the sea each year.

The UN pointed out in June that the biodiversity and climate crises are mutually reinforcing. So neither of them “will be successfully resolved unless both are tackled together”. As such, the idea that there are legitimate trade-offs between wildlife protection and climate action is a non-starter. In the UK, however, these trade-offs are being championed as good for wildlife due to policy initiatives.

The energy giant EDF, for example, claims that its Sizewell C project would lead to a “net gain in biodiversity of 19%”. Biodiversity net gain (BNG) is the metric devised by Natural England that’s a key feature of the government’s Environment Bill. It’s essentially a measurement system developers can use to secure a green light to destroy existing wildlife habitat. They can do so as long as their plans include promises to replace that biodiversity elsewhere and increase it overall.

However, a number of experts have expressed alarm over BNG as a metric. A study analysing some early adopters of BNG showed that while the losses were certain, the gains were anything but. The lead author of that study, ecological economist Sophus zu Ermgassen, said that:

Moreover, entomologist Steven Falk described BNG as having “the potential to be the single most dangerous thing to be done by a statutory agency I’ve seen in all my 40 years working in nature conservation”.

In short, the UK is failing its wildlife, and its shiny new metric is not likely to change that. The path to protecting wildlife is simple – don’t allow its destruction in the first place. The government must adopt this principle as its standard. Until it does so, there’s little chance of the UK shaking the horrendous accolade of being one of the most nature-depleted countries on Earth.