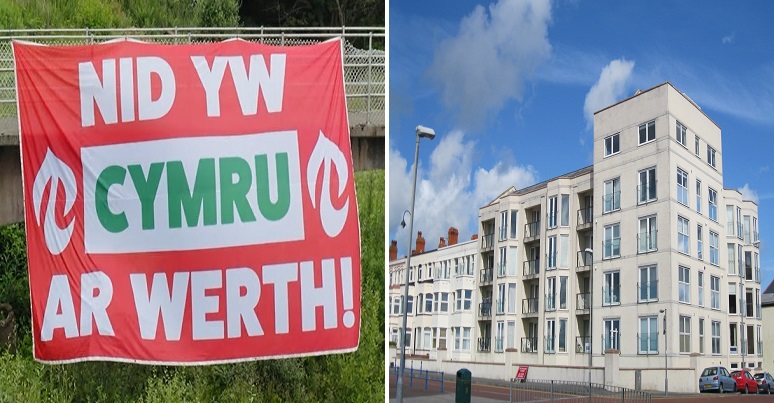 On 25 August, the Welsh government launched a consultation process on the highly controversial subject of how second homes and Airbnb rentals led to a housing crisis in Wales. In its consultation document, the government says it recognises:

Language campaign group Cymdeithas yr Iaith (CYI) is furious about the document. The group says that the document is “patronising” and:

belittles Wales’ communities by downplaying the seriousness of the [Welsh housing] crisis.

How the housing crisis affects people

As  The Canary previously reported, the crisis means working-class people can’t afford to live in their home communities. And as independence and socialist campaign group Undod told The Canary, working-class people have been “priced out of the market completely”. This happened as a result of second home owners, holiday homes, holiday businesses, and Airbnb taking over communities and inflating house prices.

The housing crisis also has a knock-on effect on local culture and language. Undod believes it’s important to keep people in their communities – otherwise they cut links with their community and family. Life then becomes more expensive. All of this, according to Undod, particularly discriminates against working-class people.

CYI wants the government to urgently introduce radical measures, such as a cap on second and holiday homes. Additionally, according to the chair of CYI’s Sustainable Communities Group Elin Hywel, the government must regulate Airbnb. It must also introduce taxes on tourism, landlords’ profits, and second homes. This new money would then help bring empty and second homes back for use by local people.

Hywel added that CYI wants a property act so the local community can control the planning process and housing market. It also wants:

a change in the definition of affordable housing, for controls to be introduced on house and rent prices, and for local people to be given priority in the market.

With its radical plan, CYI believes the answers are there – but the political will is missing. The group already held a housing crisis rally at the Tryweryn dam on 10 July. So, to put further pressure on politicians, it’s taking its message right to the Senedd (Welsh parliament).

CYI will hold a rally on 13 November on the Senedd’s steps. That rally will have one message: Nid yw Cymru Ar Werth – ‘Wales is not for Sale.’ And this time their message will be hard to ignore.