The ruling against 'spycop' Mark Kennedy is good news, but we need more answers - Canary 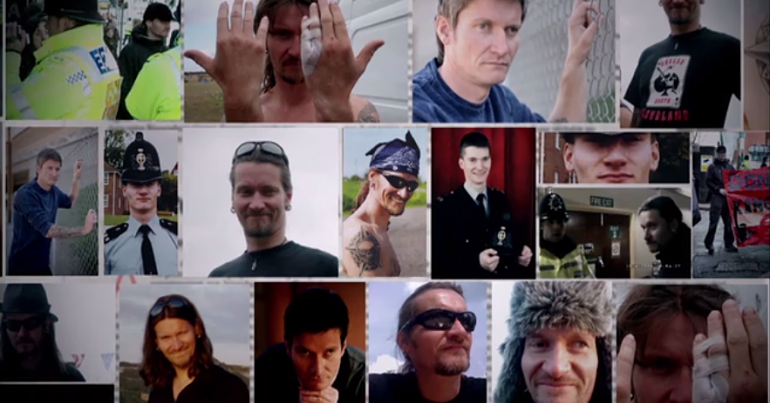 Time will tell if this landmark ruling will see further investigations into Kennedy’s relationships with other political activists, as well as other undercover officers who formed similar relationships. Not forgetting, too, their supervisors who may have given their express or implicit approval to such violations.

I am totally reeling from the publication of the ruling in my case against @metpoliceuk. Sexist discrimination, unlawful operations, undermining the right to protest… The full text is on the IPT website and you can read a good legal summary here: https://t.co/PQppn5tQd7

In July 2015, Wilson and ‘Lisa Jones’ wrote that Kennedy “appeared on the environmental activist social scene in Nottingham in 2003”. They go on to describe how they were separately deceived into forming an intimate relationship with a man they knew as ‘Mark Stone’. They explained:

Attending protests and meetings in Ireland, Spain, France, Iceland and Italy, [Kennedy] and other undercover officers travelled with us. These officers were still at that time being employed by the Met, using the characters created within the undercover units, working with activists from the UK in these countries, and they also continued their deceitful relationships with us wherever they went.

In September 2018, Wilson explained how it wasn’t until October 2010 that she learned ‘Stone’ was an undercover police officer.

In 2019 Wilson and seven other women – Helen, Rosa, Lisa, Belinda, Naomi, Ruth, and Alison – commenced legal action against the Met police and the Association of Chief Police Officers. This was specifically in regard to the deployment of the following UCOs:

At least two UCOs are known to have fathered children with women activists. Other UCOs known to have used sex to gather intelligence include ‘Carlo Neri’, Andy Coles (‘Andy Davey’) and ‘Vince Miller‘. Miller deceived and had sex with four women, including ‘Madeleine’.

In November 2015, the Met issued a full apology to the women who had been abused.

But for Wilson, there was a wider issue, as she wrote for the Guardian in 2018:

These [undercover] police units illegally blacklisted trade union activists, and they spied on elected politicians, the families of victims of police violence and many campaign or protest groups. They used the identities of dead children with no thought for their families, they violated lawyer-client privilege and caused countless miscarriages of justice, and they sexually abused women.

Here is Wilson’s story in her own words. Wilson also explained what happened in this video:

Campaign group Police Spies Out Of Lives pointed out that:

The ruling stressed that the sexual relationship Ms Wilson was deceived into by Mark Kennedy was conducted with the knowledge of his principal cover officer, and that his deployment manager, and other senior officers of Detective Chief Inspector (DCI) level and above knew (or chose not to know) about the sexual relationship, concluding that the National Public Order Policing Unit’s approach to its officers having sex while undercover was one of “don’t ask, don’t tell”.

In her September 2018 Guardian article, Wilson observed that the Met police “also admit that Kennedy’s handlers and line manager knew about and “acquiesced to” his relationship with me”. She added:

Now I really want answers. I want to know how high up the police hierarchy knowledge of the abuses went.

In another September 2018 article, Rob Evans of the Guardian wrote how:

Significantly, the tribunal found that:

Senior officers of the rank of Detective Chief Inspector or above who had operational and managerial responsibility for Kennedy’s deployment either knew of his sexual relationship with the claimant, chose not to know of its existence, or were incompetent and negligent in not following up on the clear and obvious signs, and adopted something akin to a “don’t ask don’t tell” approach to sexual relationships [1]. In doing so, senior officers demonstrated either “a complete failure of imagination, or more probably a lack of interest in protecting women from breaches of Arts 3 and 8”

In September 2018, The Canary revealed names of Kennedy’s supervisors, derived from confidential police files. These included:

Other supervisors/senior officers have also been implicated. And then there’s the matter of UCOs:

If this is the case for Kate and Mark Kennedy, it also raises similar questions for other #spycops such as Rod Richardson, Marco Jacobs and Lynn Watson, or any NPOIU undercover operation.

Known UCOs are listed by the Undercover Research site and Powerbase.

According to Undercover Research, over the years UCOs spied on many scores of political groups.

Kennedy is known to have spied on several protest groups, most of which were environmental groups. His undercover work was prolific and took place in England as well as Scotland, Northern Ireland, Germany, Denmark, France, the USA, and Iceland.

The IPT ruled against Kennedy on several counts. Following the ruling, the Met Police stated:

We accept and recognise the gravity of all of the breaches of Ms Wilson’s human rights as found by the tribunal, and the Met and NPCC unreservedly apologise to Ms Wilson for the damage caused.

However, we should not forget the 27 women participating in the Undercover Policing Inquiry (UCPI). Wilson referred to these women in her submissions to the tribunal. Because they too were “deceived into having sexual relationships with undercover officers”.

The wide questions for society here are massive, this is about institutional sexism, senior police officers sanctioning sexual abuse, and the systematic violation of political beliefs

The below video sums up the controversy and includes testimony from some of the victims. It also names a number of spycops along with their aliases:

Meanwhile, in May 2019 the Crown Prosecution Service reportedly decided that no UCO would be prosecuted for “having non-consensual sexual relations with any member of the public”. That’s not acceptable. Clearly, there are many questions regarding UCOs and their supervisors that still need answering.