Did these spycops' supervisors know about Mark Kennedy's sexual abuse of activists? 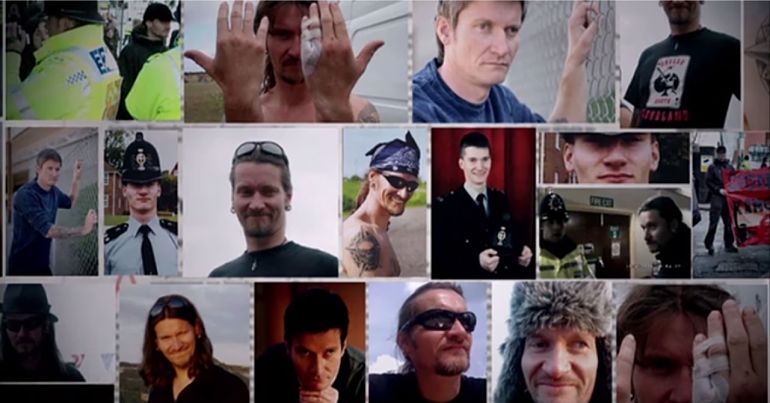 The Metropolitan Police admits that supervisors of former undercover police officer Mark Kennedy, who used the name Mark Stone, knew about his sexual abuse of women activists. But the Met refuses to disclose the names of those supervisors.

However, The Canary has seen confidential files which provide names of Kennedy’s supervisors for at least three of his covert operations.

In 2011, eight women lodged claims against the Metropolitan Police over sexual abuse by undercover police officers. In November 2015, seven of the women received an apology. Two months later, the Met paid compensation in an out-of-court settlement.

In 2005, US citizen Sarah Hampton met Kennedy in Ireland and entered into a relationship with him. She also received an apology.

The police accept that Kennedy breached Article 3 of the Human Rights Act, which is the right to live without torture or inhuman or degrading treatment. They also admit violating:

And the police describe the sexual relationships formed by Kennedy as “abusive, deceitful, manipulative and wrong”, and a “gross violation of personal dignity and integrity” that “caused significant trauma”. The Met also admits that relationship abuse by undercover officers equates to torture.

As part of the apology, the Met stated that:

The Metropolitan police recognises that these cases demonstrate that there have been failures of supervision and management.

Kate Wilson and ‘Lisa Jones’ (who also had long-term relationships with Kennedy) wrote about their experiences. Wilson, whom Kennedy sexually exploited for over a year to gather intelligence, won a civil claim against the police.

Now, Wilson is taking further legal action against the Met under human rights legislation, via the Investigatory Powers Tribunal.

Out of these, Boyling and Jacobs are also known to have had sexual relationships with activists. Other ‘spycops’ who used sex to gather intelligence include: Bob Lambert, John Dines, Mark Jenner (‘Mark Cassidy’), ‘Carlo Neri‘, and Andy Coles (‘Andy Davey’). There could be more; though that’s difficult to assess, given that the ongoing Undercover Policing Inquiry is resisting demands to release the identities of all undercover officers who took part in political policing.

According to the Guardian, the Met admits:

[Kennedy’s] sexual relationship with [Wilson] was carried out with the acquiescence of his cover officers and line manager.

It is now clear that wrongdoing goes far beyond the individual undercover officers. Yet we are denied access to any information about the extent of the intrusion into our lives, who knew and how far up the hierarchy it went.

In 2010, Kennedy was exposed as an undercover police officer. A year earlier he’d played a pivotal role in two protest actions. The police called their schemes Operation Pegasus and Operation Aeroscope. The Canary has independently accessed a collection of police ‘5x5x5’ documents that reveal Kennedy’s supervisors and other senior officers involved in those operations.

One name that regularly appears in the documents is DI David Hutcheson. He, together with his colleagues, could have had no doubt of the importance of the European Convention on Human Rights in relation to these undercover operations:

Other names listed include ACC Pavey and Supt Phil Trendle:

There are also mentions of DCI Nightingale, DCI Robbins, and DI Hedley:

And an IPCC report into Operation Aeroscope states:

ACC Ackerley also referred to a document marked ‘IMA 4 Operation Pegasus/Aeroscope’. This is a document containing a matrix prepared by ACC Ackerley that demonstrated the oversight he had and the liaison between him, Mr Cunningham, Mr Paul, the NPOIU DCI [Setchell], Det Supt Pearson and DI Roberts.

This is by no means a full list of Kennedy’s supervisors, for he took part in many more operations across the UK and elsewhere. These occurred in Scotland, Northern Ireland, Germany, Denmark, France, the USA and Iceland, among other places.

One such cross-border operation concerned what became known as the Tarnac 9 case in rural France. This involved eco-activists, including Julien Coupat and Sandra Gobels [French]. Detective Chief Inspector Richard May of the National Domestic Extremism Unit ran the operation and provided intelligence that Kennedy had obtained to the French authorities.

There was further input from ACC Sampson and Acting ACC Parkinson:

However, most of the charges were dropped and the French activists’ lawyer claimed that ‘evidence’ provided by Kennedy was unreliable. The case collapsed.

Finally, we should recall that the Met has a long history of destroying files, including those of the NPOIU.

The Met gave the following statement to The Canary:

On Wednesday, 3 October, the Tribunal will consider an application by the MPS and NPCC to vary previous disclosure orders made. It would be inappropriate to comment at this stage on whether any parts of the claim have been conceded. Wider issues relating to the historical work, deployment and actions of officers within the now-disbanded Special Demonstration Squad (SDS) and National Public Order Intelligence Unit (NPOIU) will be fully explored and scrutinised by the Undercover Policing Inquiry (UCPI).

The MPS is providing every assistance so the Inquiry can fully address the key issues it has identified, and can fulfil its Terms of Reference. The MPS has made clear its position on long-term, sexual relationships known to have been entered into by some undercover officers in the past. Those relationships were wrong and should not have happened.

– Find out more about Kennedy and other spycops via Police Spies Out Of Our Lives.

– Join a support demonstration at 9.30am on 3 October outside the Investigatory Powers Tribunal hearing.

– Kate Wilson will speak in the evening of the IPT hearing – details here.