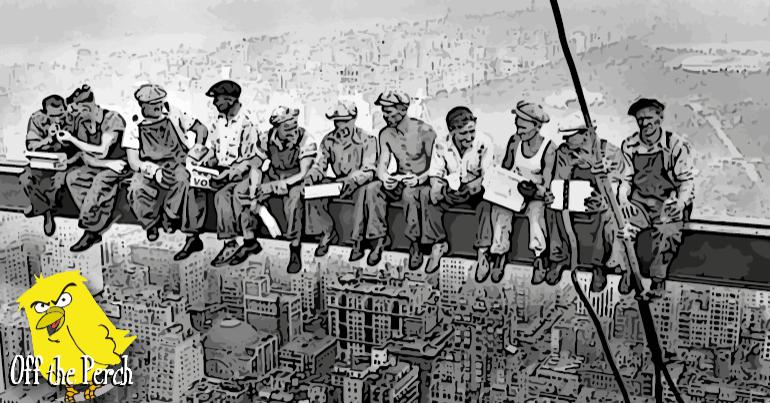 The phrase ‘anti-business’ once had some political capital. The majority of people weren’t fighting a daily battle to survive against poverty and precarious work; many assumed they had businesses to thank for that.

Now, when people think of ‘business’, they imagine Amazon owner Jeff Bezos wrapping his hands around their neck and laughing as he squeezes the last remaining pennies out of their bank account.

As such, the idea of being opposed to some businesses isn’t all that odd. Unless you’re still living in the bubble, obviously:

On @BBCNewsnight they asked me if @jeremycorbyn speech was not radical enough, and if @johnmcdonnellMP was anti-business… pic.twitter.com/NeID5JHvYv

This is why Labour’s suggestion that companies should treat their employees as human beings has caused something of a stink.

A gaggle of politicians, wealthy business owners, and newspaper columnists discussed the proposal on BBC Breakfast. They’d picked these guests to make sure there was a clear balance between those who benefit from capitalism-run-amok and those who lick these people’s arses.

Columnist Dan Hodges confirmed this assessment, claiming to have seen some of them up close:

Labour conference cabbie check: “I like Jeremy. He’s ordinary, not like other politicians. The press say all these terrible things about him being racist. He’s not”. I’m walking now…

If businesses like Amazon and Uber are allowed to carry on abusing their workers, then being ‘anti-business’ will be no more controversial than being ‘anti-litter’ or ‘anti-Al-Qaeda’.

It’s in the interest of most businesses that the worst companies are brought in line now. Although, if we have to eat Jeff Bezos before things change, then so be it.