If Scottish Labour wants to come back from the political wilderness, this isn’t the way to do it - Canary 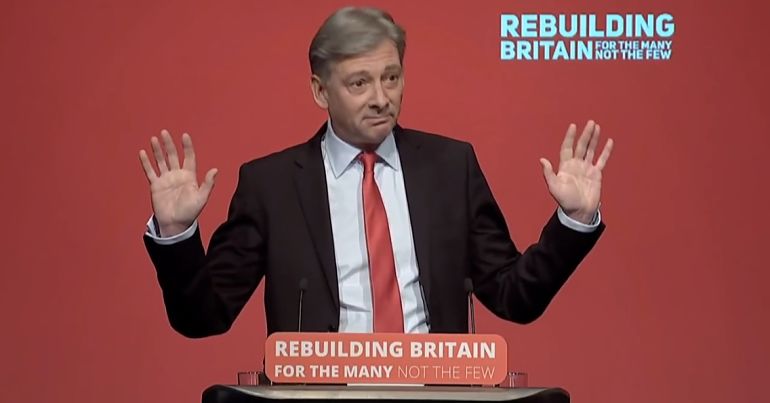 Labour is risking remaining in the Scottish political wilderness. After a terrible faux pas during the Scottish independence referendum of 2014, it risks repeating those mistakes with a UK manifesto commitment to ‘block’ Indyref 2. To me it’s clear that, if Scottish Labour leader Richard Leonard continues to take this position in a general election, he won’t become a significant force in Scottish politics. And he won’t become the next first minister of Scotland, as he desires.

To sign up to giving a UK prime minister a mandate to ‘block’ a Scottish vote on independence is asking for dissent from the Scottish electorate. Moreover, it would be voters from outside Scotland giving the UK prime minister that mandate. That would not go down well in Scotland at all.

In short, Scottish Labour: What the fuck are you thinking?!

Ruling out another independence referendum

Leonard has confirmed Labour will oppose a second independence referendum in the next UK manifesto. The proposal comes during ongoing speculation of when the next general election will be. Leonard announced this manifesto commitment at the Labour Party Conference on 23 September.

But Jeremy Corbyn said on 20 September he would “decide at the time” if Scotland wished to hold another vote on independence.

As reported on Twitter, Leonard told Sunday Politics Scotland the UK Labour manifesto will “rule out a referendum on Scottish independence”:

Scottish Labour leader @LabourRichard tells #bbcsp that the next Labour manifesto will rule out a referendum on Scottish independence pic.twitter.com/8NBeTTAgOb

As a Scottish Green Party member and Scottish independence supporter, I disagree with Leonard, obviously.

And this is no way to get Scottish Labour back into the limelight.

Alienating half of the Scottish electorate

Scottish first minister and leader of the SNP Nicola Sturgeon won a mandate for another vote on independence at the 2016 Scottish parliamentary election.

As reported by the Guardian in July 2016, then-Scottish Labour leader Kezia Dugdale said it would be “categorically wrong” for the UK government to block another independence referendum if it were called for by the Scottish people. Scottish Conservative and Unionist leader Ruth Davidson also echoed that stance. As reported by the Scotsman in July 2016, Davidson said:

I have never said it should be denied, I didn’t say it the last time either.

In March 2017, a vote in the Scottish parliament approved the legal process to hold a second referendum; known as the Section 30 Order.

I disagree with both Davidson and Dugdale on many points, but they could see the constitutional crisis that ‘blocking’ a second vote could cause.

Scottish Labour and the political wilderness

Scottish Labour went from being in a coalition government with the Liberal Democrats in Scotland in 1999 to losing power to the SNP in 2007. In 2016, it lost its place as the official opposition in Holyrood. Most noteworthy, Scottish Labour fell to third place behind the Scottish Conservatives.

It also experienced a near-blackout in the 2015 general election, where Labour lost 40 seats. This left only one Labour MP in Scotland. Scottish Labour did gain six seats back in the 2017 general election. But the party is in third place behind the SNP and the Scottish Conservatives.

Labour’s electoral fate in Scotland was sealed because it was part of the Better Together campaign. In the independence referendum in 2014, Scottish Labour teamed up with the Conservatives and Liberal Democrats to form the umbrella group. However, it’s believed that traditional Labour voters have switched to SNP and the Greens after the No vote.

To go against the ‘traditional Labour voter’ would not fly well with the Scottish electorate. Leonard and the potential UK prime minister Corbyn must rethink this manifesto commitment.

I find it unbelievable that Scottish Labour would propose such a move, especially for a party that delivered the Scottish parliament and championed devolution across the UK. This manifesto commitment undermines devolution just as much as Brexit has.

To suggest ‘gazumping’ a mandate held by the Scottish government is unfair and likely to be very divisive. Especially if that mandate is delivered by voters outside Scotland. This isn’t the way to go about forming a Labour government; neither in Scotland nor in Westminster. And I call on Richard Leonard to seriously reconsider this proposal.