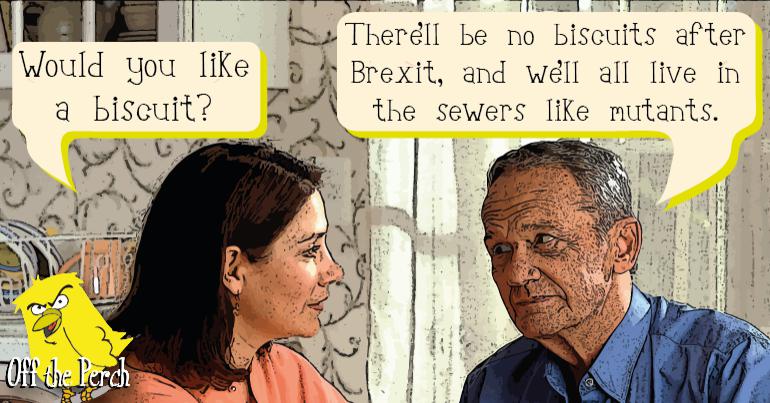 Brexit is a big deal, and it will probably – to put it mildly – fuck everything up. Many realise this, yet still acknowledge other issues. Others, however, can’t indulge in any conversation without dragging it back to Brexit.

All Brexit, all the time

If you’re on social media, you’ll have experienced this. You’ll tweet about NHS underfunding, and one of them will say:

After Brexit, we won’t even have syringes. Doctors will get your blood out with a sharpened straw and a good suck.

You’ll post a picture of your cat and be told:

Hold on to that – you’ll need a ready source of protein when the food riots start.

You tell the world you’re getting married, and someone will say:

I used to be married to something called the European Union. I just hope you aren’t forcibly divorced against your will like I was #SomethingBlue

Of course, if you ever point out there are issues other than Brexit, they’ll say:

But Brexit will make them all worse!

They’ll also refuse to talk about these other issues. Almost as if they only care about things that directly affect them.

If you yourself are finding it difficult to talk about something other than Brexit, don’t worry. With any luck, it will all be sorted in 10-50 years or so.