As the media attacks Labour's nuclear position, there's one video we all need to watch - Canary 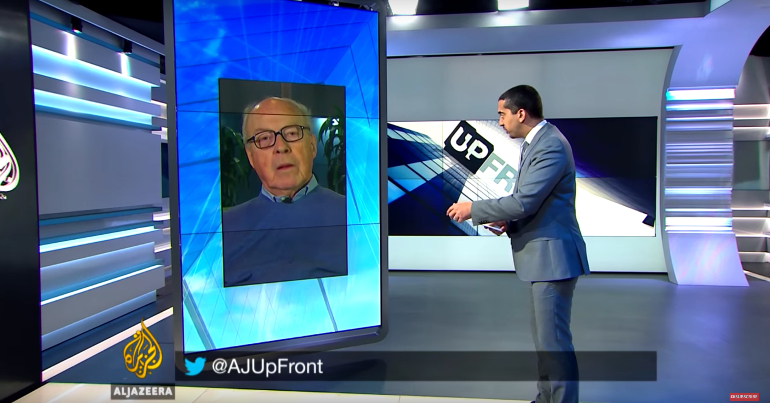 Labour’s position on nuclear weapons has hit the headlines this week, after Piers Morgan and shadow chancellor John McDonnell clashed on air. But one video from 2016 exposes the attacks from the right-wing media for the smears they are.

On 24 September, shadow chancellor John McDonnell confirmed that a Labour government would keep the UK’s nuclear arsenal. He said, however, that as prime minister Jeremy Corbyn would only use it in consultation with the cabinet, parliament, and the “wider community”.

In spite of the comments, the right-wing media attacked McDonnell’s statement as too soft. The Sun, for example, said that McDonnell “sparked ridicule” for suggesting that a Corbyn-led government would only launch a nuclear strike after “ask[ing] for the British public’s permission”.

Indeed, Corbyn’s former opposition to renewing the UK’s nuclear arsenal, known as Trident, has been one of the right’s favourite weapons with which to attack him. Some right-wing media outlets have called him “loony left” for his life-long commitment to nuclear disarmament.

And some from the Blairite wing of his own party have also piled on the abuse. In 2015, then Labour MP John Woodcock, for instance, called Corbyn’s position on Trident “childish” and “dangerously naïve”.

But a scarcely viewed video on YouTube shows that the anti-Trident position is actually supported by one of the world’s leading experts on nuclear weapons. In a 2016 interview on Al-Jazeera with Mehdi Hasan, former UN weapons inspector Hans Blix backed Corbyn’s call to scrap Trident.

Asked by Hasan whether he supports the scrapping of Trident, he replied:

Yes, I think it’s a tremendous cost, and I do not see that it really, perceptively adds to British security.

Blix is a Swedish diplomat and served as minister of foreign affairs in the Ola Ullsten administration in the 1970s. He became famous for his role as a senior UN weapons inspector in the run-up to the invasion of Iraq. He has also served as head of the International Atomic Energy Agency.

And for Blix, it’s apparently the pro-Trident people who are being childish and naïve. He said that holding on to Trident is “more a question of sentimental status-seeking”. He added that the UK will keep its permanent seat at the UN Security Council regardless of whether it holds on to nuclear weapons. Interestingly, Blix also says that he does not “see any enthusiasm in Washington for Trident, either.”

The hard-hitting video makes nonsense of the right’s endless fear-mongering, and provides a welcome antidote to the attacks on the Labour leadership.

Fortunately, shadow peace minister Fabian Hamilton is reportedly drawing up a nuclear disarmament proposal for the shadow cabinet’s consideration. And it would be well served to heed Blix’s advice.

– Join and get involved with the campaigns of the Campaign for Nuclear Disarmament.