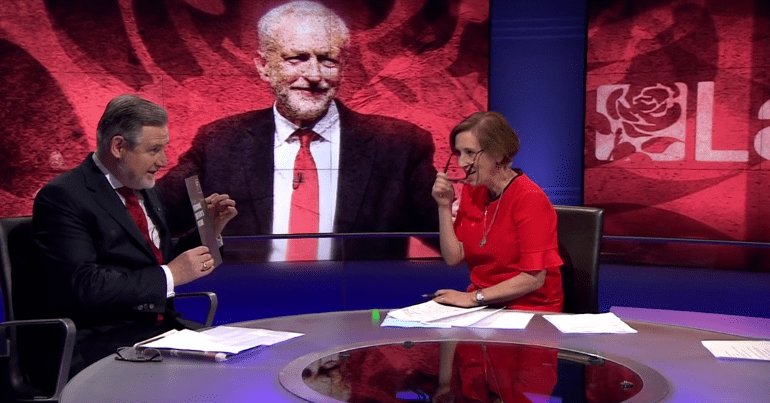 But Gardiner had a document ready that proved otherwise:

Kirsty did you honestly say ‘uncosted’?

The shadow secretary for international trade then sprang a document on Wark:

Do you remember this? That’s exactly where the costings are.

Dear oh dear I don’t know. And you called me the shadow secretary for international development. International trade!

Hold on, what about the Conservative manifesto?

Actually, it’s pretty much the opposite of what Wark says. In 2017, it was the Conservative manifesto that was unclear and uncosted. There was no indication of where the money would come from on major pledges, such as £8bn of funding for the NHS.

But no detail was available on BBC Newsnight as Wark casually smeared the Labour manifesto as ‘uncosted’. Fortunately Gardiner anticipated such bias and sprung the very document on Wark.