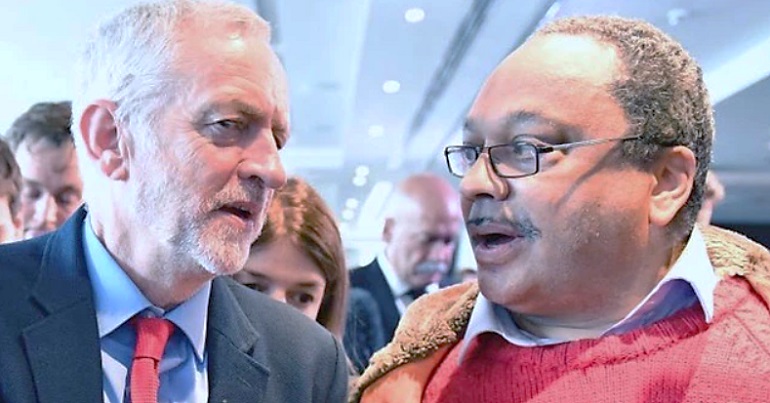 The calls to reinstate expelled Labour Party member Marc Wadsworth have just got louder. Because a senior MP within the party has now called on Jeremy Corbyn to “come out fighting on the issue”.

As the Electronic Intifada reported, Wadsworth was expelled from Labour in April for allegedly ‘bringing the party into disrepute’. He is a lifelong anti-racism campaigner who was heavily involved in the justice campaign for murdered teenager Stephen Lawrence. Wadsworth’s case centres around comments he made in 2016 to Jewish Labour MP Ruth Smeeth at the launch of Labour’s Chakrabarti report into antisemitism and racism. As Asa Winstanley wrote:

At the launch, Wadsworth told the room that the Black voters who overwhelmingly support Labour were not well represented either in that room, or among party staff, and called for the party to ‘get our house in order.’

He also criticized Smeeth for ‘working hand in hand’ with a journalist from… The Telegraph, by giving one of its journalists a press release he had been handing out.

Although Wadsworth made no comments – either direct or implied – about Smeeth’s Jewish background, Smeeth responded by shouting over Wadsworth, and dramatically walking out of the event in a display apparently targeted at the journalists she was sitting by.

As Winstanley wrote, it quickly turned into a high-profile media frenzy, with Wadsworth calling the accusations of antisemitism “slanderous”. But the Labour Party took Smeeth’s side, and kicked Wadsworth out. Since then, he has been fighting to clear his name and to get the party to reinstate him. A crowdfunder for the cost of his appeal has so far raised nearly £30,000. It only has a matter of days left on it; and you can donate here. There is also a crowdfunder for Marc’s speaking tour, #Justice4Marc; and you can donate to that here.

It’s time for Corbyn to “come out fighting”

On Tuesday 25 September, Lewis was speaking at a fringe meeting (Grassroots Black Left) of the Labour Party conference. As the Morning Star reported:

‘It was not an anti-semitic trope. It was a political observation,’ he said to applause…

He added: ‘You’ve seen what happens when you stick your head above the parapet on this issue. It gets shot off,’ but he had had to stand in solidarity with a comrade and for the principle that ‘people should be able to express themselves politically.’

He declared: ‘I would like to see Jeremy Corbyn come out fighting on this issue.’

The support from Lewis is crucial for Wadsworth; not least as it shows the strong feeling in some parts of the Labour Party over his plight. But it also represents high-level support for him; something that will be crucial to any appeal hearing he has.

As Lewis said, “people should be able to express themselves politically”. But it will be up to the Labour Party machinery to decide if it holds these same values.

– Support Wadsworth’s crowdfunder for his appeal and the one for his speaking tour. You can also follow him on Twitter and express your support there.