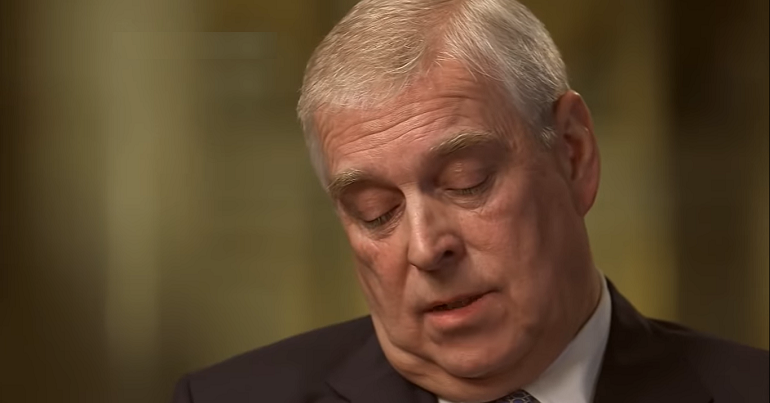 The scandal surrounding prince Andrew may have just gotten a whole lot bigger, now that the FBI are extending their investigations to include UK contacts listed in Ghislaine Maxwell’s ‘little black book’.

FBI investigations could see some of those contacts as potential witnesses, if not perpetrators, in what’s been described as a “pyramid scheme of abuse”.

The Canary has obtained an unredacted copy of Maxwell’s address book. It’s just under 100 pages long and includes more than 2000 persons. And more than 300 of these are UK contacts. A redacted version is available here.

The list includes royalty, such as prince Andrew (the duke of York), as this extract from the little black book shows: 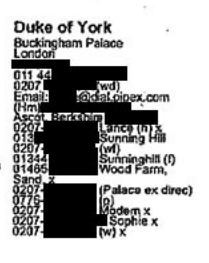 The names on the little black book were reportedly compiled by Maxwell in consultation with Jeffrey Epstein. In August 2019, Epstein allegedly hanged himself in prison while awaiting trial for sex trafficking. It’s understood he may have molested nearly 80 underage girls.

Inclusion in the contacts book does not mean a person has committed a crime.

In August 2021, Virginia Giuffre sued prince Andrew, alleging she was forced to have sex with him at Maxwell’s London home. She further claimed that the prince sexually abused her at Epstein’s Manhattan home and elsewhere. The lawsuit states:

In this country no person, whether president or prince, is above the law, and no person, no matter how powerless or vulnerable, can be deprived of the law’s protection.

Twenty years ago Prince Andrew’s wealth, power, position, and connections enabled him to abuse a frightened, vulnerable child with no one there to protect her. It is long past the time for him to be held to account.

The prince has rejected the allegations.

Meanwhile, prince Andrew has been stripped of his military titles and royal patronages. He will now contest the case brought against him by Giuffre as a private citizen. It’s understood that the prince will no longer be referred to as His Royal Highness (HRH) in an official capacity.

Should no out-of-court settlement be agreed, the prince could face trial later this year. It’s reported that members of the Royal Family – including Meghan Markle, prince Charles and Sarah Ferguson – may be called as witnesses.

Robert Olney is prince Andrew’s former equerry, an “officer of the British royal household who attends or assists members of the royal family”. Olney’s name is listed in the little black book, and Giuffre is seeking testimony from him.

Also, Shukri Walker has stated that she remembers seeing the prince with Giuffre on the evening he claimed he was at Pizza Express. She added that also present were Maxwell and Epstein. Walker said she “will do her duty” and testify if called as a witness.

could increase public pressure for further prosecutions and push men in Epstein and Maxwell’s orbit to settle actions against them.

As for the comment by prince Andrew’s legal team that the legal case is turning into a “marathon not a sprint”, it could not be more true. Indeed, in combination with a scandal-ridden Tory government (PPE, Downing Street parties, etc), the Epstein/Maxwell sex scandal has the potential to even eclipse the Profumo affair.

A huge can of worms has been opened, with no doubt many more revelations to come.