The Tories are splashing £1.4bn on a new military space programme while your nan freezes - Canary 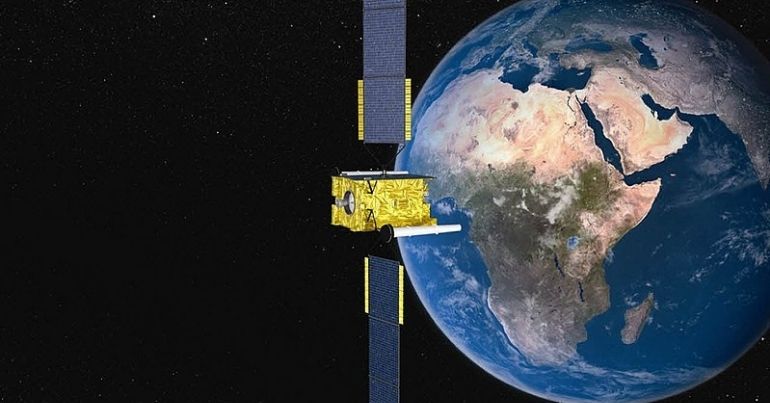 Two important bits of news were announced this week. One is that energy bills will be hiked by 54%. The second is that Tories have found £1.4bn to spend in a fantasy military space initiative that looks set to largely benefit defence contractors and spy agencies.

At least GCHQ will be able to watch your nan shiver in her house from five miles up.

Yes, the Ministry of Defence has finally revealed its ‘Defence Space Strategy’, complete with the kind of cryptic subtitle only the MOD can muster: “Operationalising the Space Domain”. But what does this mean? It means that a government which refuses to even consider a wealth tax to help out the worst off has found enough spare change down the back of the sofa to fund another new madcap military project. For the next ten years, in fact…

Space has brought unprecedented advantages and new threats. Daily life is reliant on space and, for the Armed Forces, space underpins vital, battle-winning technologies. From space we can deliver global command & control, communications, intelligence, surveillance and reconnaissance, precision navigation, and more. Adversaries understand this reliance and are increasingly able to exploit vulnerabilities, threatening our strategic stability and security

But what does this look in in practice? Well, we know the new strategy will increase surveillance capacity for the military and government partners. Naturally, most of the strategy is written in Whitehall gibberish, but we can discern that both “Earth-facing and spacefacing” capacities will be increased at a cost of only £970m over the next decade. One can only imagine this will allow us to spot strange alien creatures both in space and here on Earth. Because who wouldn’t want to keep an eye on Rory Stewart?

The document is very clear that major beneficiaries of the programme will be capitalists. In fact, capitalists of all sizes from “start-ups to multinational conglomerates” will make their money. The space strategy authors actually seem rather proud of the profit-making record of the burgeoning UK space market:

Space-related activity was once solely the preserve of governments; launching satellites into space relied on the same technologies as ballistic missiles. Today though, investment is driven by private investors and the UK space industry primary income is from commercial ventures

So someone, at least, is going to directly benefit from the space strategy. It just won’t be you. Sorry.

The new strategy claims the military must “seek out and seize the enduring strategic advantage opportunities offered by space”. Space, like cyber, is now a battlefield to be fought across. But who are the enemies? It’s probably a sign of the times that the terms ‘terrorism’ and ‘terrorist’ do not feature in the document. Two examples are given of ‘International Threats’, and these are, predictably, Russia and China.

And while busily chasing its own military goals in the stratosphere, the UK will continue to seek engagement with “nations who are committed to the peaceful use of space”.

Beyond these two much-touted enemies, the report warns we are all at the mercy of space weather, which:

in addition to energetic particle storms produced by solar flares and major changes to the solar wind, directly impacts the Earth’s magnetic field, which could reduce the effectiveness of satellites or induce undesirable effects on the ground.

To understand the UK’s military space strategy we need to look beyond its rhetoric. Space is a new theatre of warfare and surveillance. It’s also a new market in which profit can be made by firms small and large. Much of that profit looks like it will come from British state investment. And this vanity project comes at a time when the kind of sums involved would be better used to support people whose utility bills are soaring.