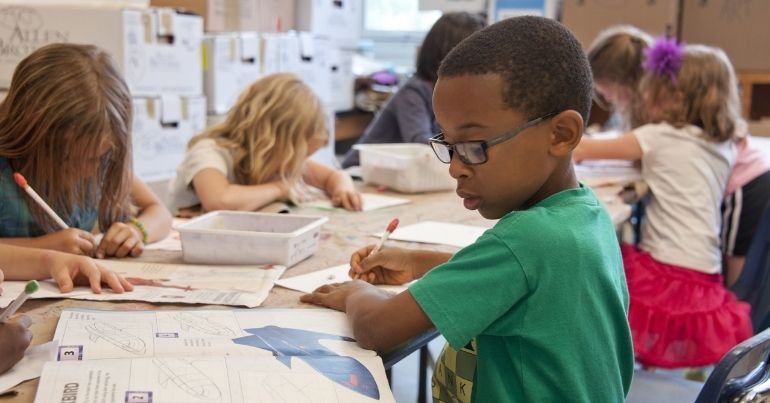 The Coalition of Anti-Racist Educators (CARE) and Black Educators Alliance (BEA) are building a campaign against the Department for Education (DfE)’s guidance on the curriculum for personal, social, health and economic (PHSE) education, which was published on 24 September 2020.

This comes after the DfE updated its guidance in response to a legal threat from the group of educators in October 2020. The original guidance was very clear in its aim to stifle freedom of expression in schools. Although the department softened the language used in its updated guidance, educators and lawyers are still concerned about its potential to suppress political expression and socially just teaching in schools.

In October 2020, CARE and BEA sent the education secretary a pre-action letter threatening legal action over the PHSE guidance published in September 2020.

In the letter, CARE and BEA warned that if the Department for Education didn’t withdraw its guidance, campaigners would take the government to court. This was based on the legal grounds that the guidance was “irrational”.

Represented by Bindmans LLP solicitors Rachel Harger and Jude Bunting QC, the coalition also highlighted that the guidance violated articles 9 and 10 of the Human Rights Act – the rights to freedom of speech, religious belief and expression.

They added that in issuing the suppressive guidance, the education secretary “acted without a legal power”.

The group warned that the guidance would prevent teachers from using material from campaigning groups such as INQUEST and Extinction Rebellion. This is in addition to groups campaigning for the rights of marginalised people, particularly Black and minoritised, LGBTQ+ and Muslim people. In effect, this would limit teaching, ushering in censorship and a climate of intimidation and fear in schools akin to section 28.

CARE and BEA’s challenge was successful. In February 2022, the DfE updated its ‘political impartiality’ guidance, softening the language used.

Setting out the ‘significant’ changes to the guidance, Harger told The Canary:

Whereas previously the guidance was phrased in mandatory terms (e.g. “must” and there were references to inspectors enforcing it), it is now largely phrased as guidance (“should”, “might”, “may”).

The most absurd parts of the previous guidance – such as suggesting that campaigning against capitalism is extremism, or the vague references to “victim narratives”, or the culture war nonsense about no-platforming have all been removed.

In spite of the changes, the updated guidance remains a great concern.

The most hard edged aspect of the guidance is that teachers cannot use of material from external agencies that are extreme and the examples have been considerably tightened from the previous guidance. Now the primary focus is on violence.

Highlighting the “most problematic” elements in the guidance, Harger pointed to:

Clarifying what this would mean in practice, Harger told The Canary:

an external agency would need to do all of these things to be in breach of the guidance.

An external agency could promote protest, so long as it is peaceful protest. Clearly, as we have seen in recent cases like the Colston 4, it does not follow that all damage to property is considered criminal.

Such guidance is an insult to teachers, who already rigorously vet external speakers and learning materials. As the joint general secretary of the National Education Union (NEU) Mary Bousted said in February:

Very good guidance already exists and this is followed up and down the country. It has always been the case that educators take their responsibilities for teaching in these areas seriously and carry it out with considerable thought.

The restrictive guidance demonstrates that the Tories are still determined to use schools as a battleground for their culture war, politicising and ring-fencing topics such as empire and colonialism. Doubling down on the guidance in March, education secretary Nadhim Zahawi encouraged educators to teach the ‘positives’ of Britain’s white supremacist, genocidal empire. This is a huge part of our history which teachers should be encouraging pupils to analyse objectively.

Speaking to the government’s motivations, Stephen Lawrence Research Centre director Kennetta Hammond Perry – who has been working with CARE and BEA to resist the guidance – told The Canary:

This guidance is a classic exercise in bureaucratic double-speak explicitly designed to confuse and frustrate efforts by teachers and students alike to tackle critical issues of political significance in the classroom and grapple with the historical realities that continue to produce social injustices and inequalities.

It should be noted that this new guidance, repackaged under the language of “impartiality,” provides a dangerous weapon for school officials to justify censuring and silencing those who dare to resist the status quo.

Indeed, the guidance has already created an atmosphere of intimidation and fear in schools. We have seen teachers and pupils reprimanded for expressing solidarity with Palestinian people, and schools threatening pupils with exclusion for protesting.

The DfE guidance is very much part of the government’s campaign of political suppression within and beyond education.

For example, the draconian policing bill and racist immigration bill demonstrate the government’s deliberate attack on our freedoms. Particularly the freedoms of the most marginalised in our society.

We can draw clear links between this legislation and elements of the DfE’s guidance, such as advice that teachers shouldn’t encourage pupils to attend protests.

Urging teachers and school leaders to not be spooked by the guidance, Perry told The Canary:

In making sense of this new guidance and its implications for what can and cannot become the subject of learning and debate in the classroom, I would look to the Secretary of State’s forwarding comments. There he acknowledges that “nothing in this guidance limits schools’ freedom to teach about sensitive, challenging, and controversial political issues.”

Rather than debating whether or not teachers have violated some imaginary partisan line, instead we should be invested in ensuring that students receive an education that empowers them to better understand our society by becoming informed citizens who are enabled to speak truth to power.

Overall the guidance gives teachers much more room to exercise their judgment and in turn it will be important for trade unions and the wider community to monitor the application of this guidance by schools.

CARE co-founder and BEA member Zahra Bei suggests that the guidance is set to be a hot topic at the NEU’s annual conference from 11 until 14 April. CARE and BEA have drafted a motion urging the union to get behind the campaign against the DfE’s harmful guidance. They are also urging the NEU to support educators who stand accused of transgressing the guidance’s unclear boundaries.

Anyone looking to join the campaign can get in touch with CARE on Twitter.