Troop cuts and spending hikes: a big week for the war pigs - Canary 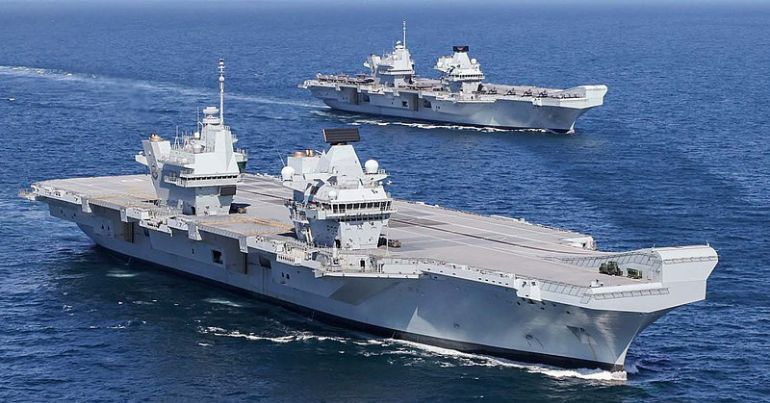 Troop cuts, defence budget hikes, billions in military aid and the spectre of war with China. It’s been a busy week for warmongers and war profiteers. British foreign secretary Liz Truss addressed the NATO summit in Madrid to lay out the Tory’s foreign policy vision.

High on the agenda was threatening China. In an interview with Times Radio she said the “free world” had to ensure Taiwan could defend itself:

This is a thing that we’re discussing with our allies.

In a keynote speech during the conference, she warned that a miscalculation from China could lead to disaster:

I do think that with China extending its influence through economic coercion and building a capable military, there is a real risk that they draw the wrong idea that results in a catastrophic miscalculation such as invading Taiwan.

Truss drew on the example of Ukraine to highlight why she wanted to increase support for Taiwan. China considers Taiwan, a US ally, part of its territory:

We need to learn that lesson for Taiwan. Every piece of equipment we have sent takes months of training, so the sooner we do it, the better.

Contradictory though it may seem, troops cuts are being talked up alongside a defence budget increase.

As Liz Truss has it:

We all need to recognise that warfare now is different to warfare as it was 100 years ago, or 200 years ago.

The thinking seems to be that a move away from conventional military deployments and towards new technological solutions is what is required:

We need to make sure that the defence capability we have is fit for purpose for the modern world – and we face all kinds of new threats, whether it’s cyber threats, threats in space, new technology, new weaponry, and what’s important is the overall shape of those forces.

The 10,000 cut to troop numbers was not well-received by the head of the army, general Patrick Sanders. In a recent speech he had hyped the threat of Russia, comparing the current political moment to 1937 and the rise of Hitler.

Yesterday, The Times reported that Sanders had been disciplined by Boris Johnson for suggesting the cuts were “perverse”.

The troop cuts row has also come at a time when the UK government has pledged an additional £1bn in military aid to Ukraine. Which, among other things, should be seen as a windfall for arms firms as The Canary has argued previously.

UK weapons, equipment and training are transforming Ukraine’s defences against this onslaught.

There is more than an atom of truth in the notion that war has changed forms. Big military deployments are off the menu post-Afghanistan. But it is true of both modes of warfare that there are massive profits to be made.

It can be safely assumed that a large part of the new £1bn package of military aid will go to defence firms. And the general shift away from boots on ground towards new military technology will also fill the coffers of military corporations.

What’s missing, as ever, is any discussion of socially and economically just global security models.