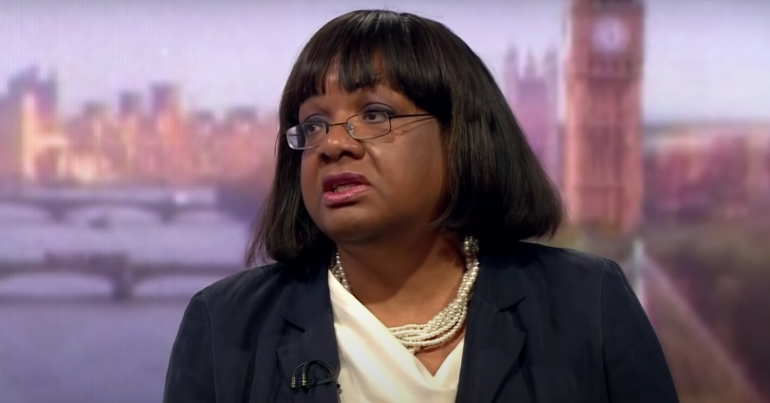 rumoured to be one who likes assaulting women.

Corporate media, of course, didn’t like this at all. The London Economic called the claim “extraordinary“, and the Daily Express called it a “horrific attack..” Is it though? Let’s take a look at Johnson’s documented treatment of women to see what we can find.

In 2019, journalist Charlotte Edwardes claimed that Johnson groped her thigh, and that of another woman seated at their table. As Business Insider wrote, Johnson was Edwardes’ boss when the incident took place. Unfortunately – and unsurprisingly – Edwardes was derided at the time. The Guardian reported that “insiders” called the claim “bollocks.”

However, Edwardes’ disclosure also led to comedian Shappi Khorsandi saying that Johnson squeezed her hand under the table on BBC Question Time after knowing her for “for roughly 20 seconds“. Khorsandi said:

It was not assault, and I’m not saying it was a sexual advance. But it was a gesture by a man who is not used to giving women the same respect he grants to a man. He would not, for example, have held Nish Kumar’s hand when he was on Question Time. And in my experience, if a man is that comfortable holding the hand of a woman he doesn’t know, then I believe the other woman who says he grabbed her leg at a party.

Johnson has also had a number of allegations of misconduct against him. Businessperson Jennifer Arcuri has admitted to having a four-year affair with the now-prime minister. Investigations are ongoing as to whether Johnson abused his position as London mayor in order to benefit Arcuri.

But wait, there’s more. A few days ago, the New York Times (NYT) ran a story about how the Times had published and then removed an article. According to the NYT, the original article was about Johnson and his then-staffer Carrie Symonds (now his wife):

The article reported that Prime Minister Boris Johnson, when he was the foreign secretary in 2018, proposed appointing his mistress at the time, Carrie Symonds, as his chief of staff, with a salary of 100,000 pounds ($122,000). Ms. Symonds married Mr. Johnson in 2021, but in 2018, he was still married to his previous wife, Marina.

Private Eye picked up a lot more than this, though. One social media user shared a screenshot with more details:

Private Eye going for it. 😬 pic.twitter.com/uIA4QhRdkc

Does all of this add up to a picture of Johnson as somebody who respects women? Or does it sound like someone who sees no problem with using women, and who will abuse his position for power?

Many will be familiar with other examples of Johnson’s misogyny. When he said Muslim women wearing niqab looked like “letterboxes”, incidents of Islamophobia rose by 375%. He had to apologise for calling Emily Thornberry “Lady Nugee” in reference to her husband. And Johnson has also claimed that “voting Tory will cause your wife to have bigger breasts.”

Surely, all this would mean that everyone just took Diane Abbott’s comments as fairly reserved, given the context? After all, Johnson’s actions and words speak for themselves. Well, no. We’re not going to bother repeating them here, but instead social media users bombarded Diane Abbott with sexist and racist comments.

In fact, Abbott has received more abuse than any other MP. Research from Amnesty International showed that almost half of all abusive tweets sent to female MPs during the 2017 election were sent to Abbott. She’s also spoken about getting death and rape threats every day. Yet media hacks and people on social media are more ready to have a go at Abbott for drinking a mixed drink on a train than for anything so mundane as holding Johnson to account:

Diane Abbott had a can of Mojito on a train and it becomes a national scandal.

Abbott gets more hate and abuse than any other MP because of racism and sexism. Specifically, because of misogynoir. She’s broken barriers for many, and is experienced enough that if she has something to say about Boris Johnson, we would all do well to listen to her.