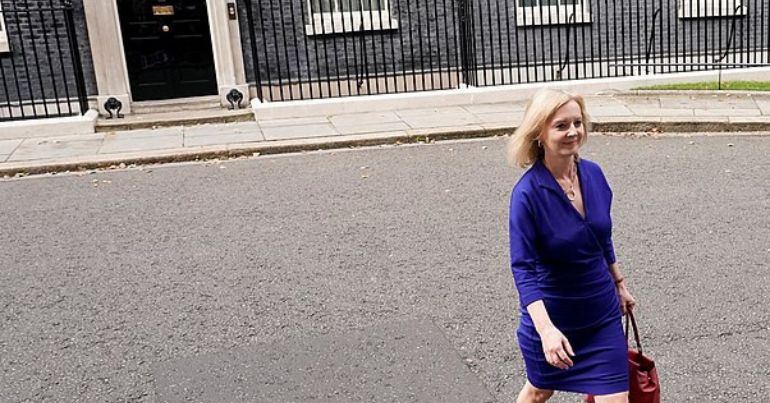 Prime minister Liz Truss has indicated she will court Qatar as an energy partner to counter the UK’s energy crisis. The authoritarian regime, known for its long list of human rights violations, is already closely aligned to the UK and will host the World Cup in December. Doha News reported that the Qatari and British energy ministers had spoken on Tuesday 5th October. But at the centre of these new plans, there is a gaping contradiction.

Because Truss herself told Tories in her conference speech the following day that the UK had been reliant on gas from authoritarian regimes – meaning Russia – as Declassified UK were quick to point out:

Wednesday – Liz Truss tells Tories: "One of the reasons we are facing this global crisis is because … we became too dependent on authoritarian regimes for cheap goods and energy".https://t.co/s8PaOFjIgp

Presumably Qatar isn’t an authoritarian regime to Truss’s mind. Though quite a few people would disagree…

Qatar is an authoritarian monarchy, like many of its Gulf neighbours. And like them, Qatar is the recipient of massive amounts of British military equipment.

As the Campaign Against the Arms Trade (CAAT) explains:

Qatar is an authoritarian state with strict judicial constraints on freedom of expression. Detainees are subject to beatings and cruel treatment while a great many immigrant workers are trapped in conditions of forced labour.

Also according to CAAT, Qatar was the 10th largest importer of arms globally between between 2015 and 2019. With UK arms exports licenses accounting for £384mn of the national total. In 2018 BAE Systems and Qatar signed a deal for Eurofighter underwritten by the government to the tune of £4.5bn. Meaning if Qatar defaults, BAE gets paid by the taxpayers.

These deals, and now any energy agreement which is reached, are conducted under the shadow of Qatar’s various human rights abuses. Of acute importance in 2022 is the treatment of migrant workers who have prepared Qatar to host the World Cup.

Amnesty’s detailed 2020/21 report lists Qatar’s terrifying record on LGBT rights, women’s rights and trade unions. It also details the ‘kafala’ system to which many workers have been subjected. Kafala is, in effect, a system of indentured servitude which stops workers, for example, leaving the country or switching jobs.

the kafala system remains in place and continues to facilitate the abuse and exploitation of the country’s migrant workforce.

Many migrant workers come from places like India and Bangladesh and have been forced to live and work in squalid conditions. Some estimates put the death toll for south Asian migrant labourers since Qatar won its bid for the World Cup at 6750.

Truss is well known for her clangers. And her latest plan to wean Britain off gas from a hardline regime, by getting it from a different hardline regime is another in a long of line of transparently stupid decisions. The energy crisis is very real, but it’s also the right time to start transitioning away from fossil fuels and towards more sustainable energy.

Given she is literally the prime minster of the country, she clearly has the power. It’s time to stop being a moral vacuum on the matter of workers rights for the sake of resources.

Featured image via Wikimedia Commons/US Ambassador to the UK, cropped to 770 x 403