Godrick Osei: another Black man dead at the hands of the police 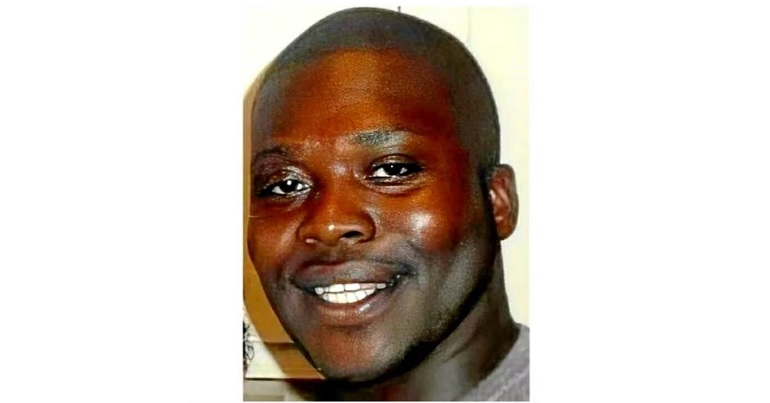 It has been revealed that another Black man died during contact with the police – this time while experiencing severe psychological distress. The news will do nothing to dispel the idea that the police are institutionally racist across the country – given that it comes off the back of multiple police killings in 2022.

As Nadine White reported for the Independent, Godrick Osei died “shortly after” an encounter with the police at a care home in Truro, Cornwall. As White wrote:

Godrick Osei died on 3 July after police were called to a care home in Truro, Cornwall, where the 35-year-old was hiding in a cupboard in the early hours.

The father of two had fled the flat he was sharing with his partner, experiencing a psychotic episode and expressing “paranoid thoughts”, his family said. Osei himself called the police while care home staff also rang 999.

White reported that Godrick had a history of anxiety and depression and lived with addiction issues. Medical professionals also noted, just days before his killing, that he may have been living with a personality disorder. Still, it seems police treated Godrick as a suspected criminal when he called them. As White wrote:

Up to seven officers from Devon and Cornwall Police arrived at about 2.30am and arrested Osei before paramedics were called at 2.49am. Osei died a short time afterwards.

‘He should not have died’

Godrick meant no harm to anyone – he was a big, gentle giant; a caring guy who was always trying to do things for others, for his kids. In addition to his two children, he was a father figure to his girlfriend’s two-year-old daughter. That’s the kind of man he was.

He needed help. Our brother should not have died that day.

The Independent Office of Police Conduct (IOPC) is investigating Godrick’s death. Devon and Cornwall Police said their thoughts were with Godrick’s family, and they were supporting the officers involved. However, as White noted, the force has not suspended any of them.

However, Jodie Anderson from Inquest noted to White that:

The circumstances of Godrick’s death raise serious questions about police use of force, at a time of increased public scrutiny. It also once again highlights the issues surrounding police responses to mental health crisis.

In 2020/21, 54 people apparently took their own lives after being arrested – higher than the previous year. As Mental Health Cop noted, within an IOPC report into this:

Of the 54 supposed suicides after police custody, two thirds of those people (38 in total) had known mental health concerns and all suicides took place within two days of release, over half happened within one day of release.

12 of the 19 people who died in or following police custody had mental health concerns, and 14 had links to drugs and/or alcohol, over half (48) of those who died following other police contact were reported to be intoxicated with drugs and/or alcohol at the time of the incident, or it featured heavily in their lifestyle; and more than two-thirds (62) were reported to have mental health concerns.

12 of the 19 people who died in or following police custody had been restrained by the police (11) or others (1) before their deaths.

The point being, there are clear institutionalised issues with how the police deal with people who experience enduring psychological distress and/or are having a mental health crisis. So Godrick’s death is another in a long line of mental-health-linked deaths at the hands of the police – and all this is without factoring in ethnicity or race.

The IOPC report also said that two of the 19 people who died in or following police custody were Black – that’s 10.5%. The Black population in the UK is 3.4%, making the figure disproportionately higher. Also, as Police Professional wrote:

Of the nine other contact deaths involving use of force, four of the deceased were white, three were black, and two were Asian.

That’s 33.3% of the deaths being Black people – a severely disproportionate figure, as is the Asian one. Of course, this isn’t news to the families of Black people killed by the police – such as Chris Kaba, shot dead by police while not carrying a weapon. As the Canary previously wrote:

The death of Chris is in many respects like the killings of Oladeji Omishore, Mark Duggan, Dalian Atkinson, Trevor Smith, Joy Gardner and countless others, including when the victims were in contact with, or detained by, police. That is, the entrenched structural and institutional racism that pervades UK policing meant police killed them because they were Black and Brown people.

Another avoidable death. How many more?

This is yet another avoidable death of a Black man at the hands of the state. Mr Osei was experiencing mental ill health and as such his mental health team should have been involved by the police in ensuring that he was treated with the correct care and response he was entitled to. The police officers involved ought to be suspended pending a full investigation and held accountable for any failures and actions that led to or caused his death which they were responsible for.

The fact that no lessons have been learned from past failures such as the death of Sean Rigg and the institutional racism which exists in policing means we can have no faith or trust in police to respond to Black people experiencing mental ill health.

We send deepest condolences and offer our solidarity to Mr Osei’s family and loved ones and stand by them in their quest for answers justice and appropriate action.

It is likely that the number of Black people, and those living with enduring psychological distress, who die at the hands of police will remain high in 2023. Until the proper defunding of this violent, racist, and institutionally prejudiced arm of the state is achieved, little will change.