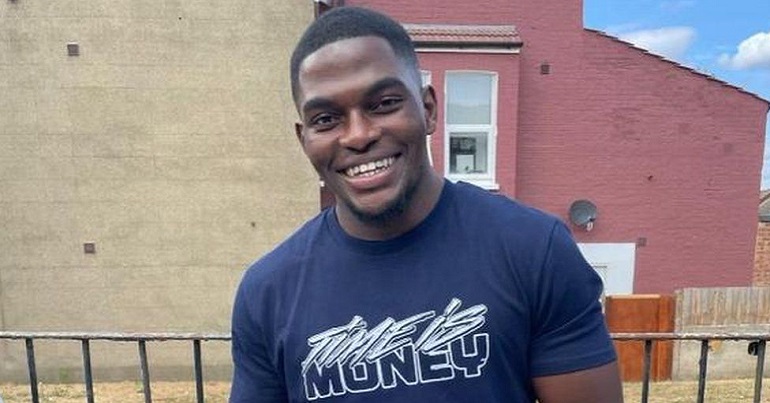 The police killing of Chris Kaba has been pushed out of the headlines by the death of the queen, Elizabeth Windsor. His life of 24 years was no less valuable than hers of 96, despite what the state and the media lead us to believe. Police killed Chris in south London after a car chase. However his death cannot be viewed in isolation. Because ultimately, the state itself has his blood and that of tens of thousands of others on its hands. And it’s the state that is also trying to make us forget.

Police shot Chris in Streatham, south London, on Monday 5 September. He wasn’t carrying a firearm. BBC News reported the Independent Office for Police Conduct’s (IOPC) excuse for Kaba’s death as being that the car he was driving was linked to a previous firearms incident. Chris’s father, Prosper, said his son’s killing was “racist” and “criminal”. It’s hard to disagree with him.

The death of Chris is in many respects like the killings of Oladeji Omishore, Mark Duggan, Dalian Atkinson, Trevor Smith, Joy Gardner and countless others, including when the victims were in contact with, or detained by, police. That is, the entrenched structural and institutional racism that pervades UK policing meant police killed them because they were Black and Brown people. It’s also likely some of the officers involved were racist as well.

Ultimately, the state can only function through its continual killing of Black and Brown people.

The state would prefer us to have a sanitised version of Chris’s death. It would suit its agenda. But the historical and social context of Kaba’s death, and the killings of countless others, is crucial. Professor Farzana Shain wrote in 2020 that:

Cultural theorists in the UK have… employed the term the ‘new racism’ to describe the phenomenon that emerged in public and political discourse from the 1970s. This new ‘cultural racism’ did not entirely displace the racism based on biologically defined race hierarchies or the doctrine of racial typology, that was created to justify the exploitation and plunder of colonial lands during the period of European expansion. However, the ‘new racism’ has become the more dominant, acceptable and therefore embedded form of racism in the UK…

Ultimately, this ‘new racism’ of course stemmed from, and was emboldened by, the colonial racism that had existed for centuries. But as always, the state creates and uses this along with the ‘new racism’ for its own agendas.

Notions of ‘cultural difference’ enabled successive UK governments from the 1950s and 1960s to pursue racialised containment strategies. This was primarily through a series of restrictive immigration controls but also through education policies such as Prevent… and most recently ‘British Values’ education… these policies have enabled governments to manage and contain dangerous ‘others’ – the categories of people that are most often, the most affected by the fall out of economic and political change but are at the same time, instrumentalised as scapegoats for the negative impacts of this social change.

All this means that not only is society toxified by this ‘new racism’, but the state still directly employs colonial-era racist tactics for the control and maintenance of Black and Brown people.

Kaba, Omishore, Gardner and other Black and Brown people killed by the police have been these “dangerous others” and “instrumentalised” “scapegoats” Shain refers to. Chris was shot because of systemic racism that labelled him as “other”. As The Canary‘s Maryam Jameela recently alluded to, issues of class and socioeconomic status are also at play with the state’s agendas. The system forces more Black and Brown people into poverty than nearly any other demographic. So, on top of the racist othering you have the state viewing them as expendable to capitalism too.

The state has killed chronically ill and disabled people in their tens of thousands. The UK’s social security body, the Department for Work and Pensions (DWP) has subjected claimants to, according to the UN, “grave” and “systematic” human rights violations – leading to a “human catastrophe”. In the 2010s, at least 35,000 chronically ill and disabled people died on the DWP’s watch. At least 600 people killed themselves after the department removed their social security. The day before Windsor’s death, the website Disability News Service (DNS) reported on Sophia Yuferev, a claimant who starved to death in the UK after the DWP stopped their social security.

It is not an accident of practicalities in data that disabled People of Colour are missed out. It is a manifestation of white supremacist and racist standards in society.

So, like the deaths of Chris and others, the deaths of social security claimants are not some accident. The chair of the UN committee said the UK government, DWP and the media “have some responsibility” for society seeing disabled people as “parasites, living on social benefits… [living on] the taxes of other people”. And she said these “very, very dangerous” attitudes could “lead to violence… if not, to killings and euthanasia”.

Disability politics and anti-race politics are, clearly, one and the same. Therefore, the state killing chronically ill and disabled people stems from a similar ‘othering’ to that of Black and Brown people. As the website Drake Music wrote, the late 19th and first half of the 20th century:

Eugenics Model is the framework that came to characterise disability as we understand it today in the modern, Western world. The base logic of the theory of eugenics is that people are either fit or unfit. To be unfit is to be genetically inferior. The theory posits that efforts should be made to decrease all elements of genetic inferiority from the human race until they no longer exist. This categorisation laid the foundations for how we understand people to be disabled or non-disabled today.

Eugenics is very much colonial. So, much like the ‘new racism’ the state’s current othering of social security claimants as parasites stems from much older prejudice – while being utilised to inflict suffering and sometimes death on its victims today. Furthermore, like the police officer who killed Chris Kaba, DWP staff who cut people’s social security, leading to their deaths, is a direct result of the state’s othering.

The state sanctioned Kaba’s death. Don’t allow it to make us forget.

It seems perverse that in the week when the state’s police force killed yet another Black person, that same state is now encouraging us to memorialise its now-dead figurehead. But that is, of course, how othering and scapegoating works. The state cannot function without the complicity of its citizens. That includes often unconscious, but sometimes conscious, social policing. It matters who we grieve and how, and at The Canary we’re grieving Chris Kaba, Sophia Yuferev, and the countless others who have been killed by the state. We refuse to be distracted by the bread and circuses offered up to us.

To keep Kaba, Yuferev and every other person they’ve killed to the back of our minds, the state will attempt to make us forget about, and not question, these deaths. It may be encouraging us to focus on Windsor. But, Chris’s death is a tragedy. We must make sure that he is not forgotten – otherwise the state will continue to get away with murdering at will.