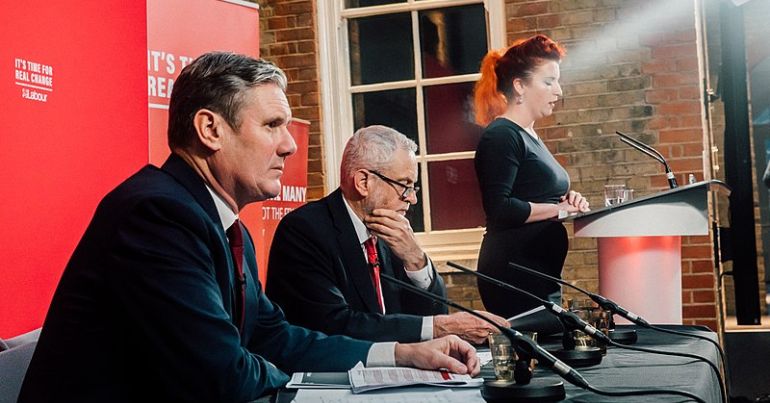 Some of us are old enough to remember ‘that’ Keir Starmer video. The former barrister’s 2020 leadership pitch was enough to stir the soul – even for those of us who thought he was a bit too slick and slimy back then.

Three years on, Starmer has made his actual political commitments abundantly clear. And they’re eerily familiar to 1997 and the rise of Tony Blair, which will be a disaster for all of us – unless you’re rich and powerful, of course.

In his first major speech of 2023, Starmer laid out his vision. Beneath a veneer of progressive language and nationalist nods to a ‘great renewal’ of the country, it’s the same old, same old:

But let me be clear – none of this should be taken as code for Labour getting its big government cheque-book out. Of course investment is required – I can see the damage the Tories have done to our public services as plainly as anyone else.

But we won’t be able to spend our way out of their mess – it’s not as simple as that.

What, then, is his prescription for re-invigorating the nation? Well, a Blairite commitment to shareholders is absolutely clear:

So let me spell it out – no more short-cuts. Strong, dynamic government is necessary but it’s not sufficient. Communities need strong public services, but that’s not enough on its own. For national renewal, there is no substitute for a robust private sector, creating wealth in every community.

Of course, one of the problems for the past 40-odd years has been that which Starmer is now advocating: the private sector. From the stagnation of wages that the state has to top up to the state of housing, the decimation of the public sector in favour of the private has failed.

The private sector does not create wealth – workers do, while bosses syphon off the profits for themselves and shareholders. Yet the false prophet Starmer has reneged on his 2020 vision in favour of an essentially Tory-lite approach, at a time when the country is in a capitalist-created cost of living crisis. Genius.

In 2020, during the chaos of Covid-19 and the defeat of Corbynism, many were convinced by Starmer’s pitch. He played himself as a socialist with a commitment to human rights, trade unionism and the condition of the working class which he claimed to have been born into.

Others were not so taken in. We saw in Starmer the return of an older, failed politics for which the pursuit of power without principle was the only animating force. New Labour 2.0 politics – and that is what we are dealing with here – is ultimately a continuation of Thatcherism.

That may benefit some people in our society, but your average worker is not one of them. Starmer is no better than Blair – and let’s not forget it.

Featured image via Wikimedia Common/Jeremy Corbyn, cropped to 770 x 403, licenced under CC BY 2.0.