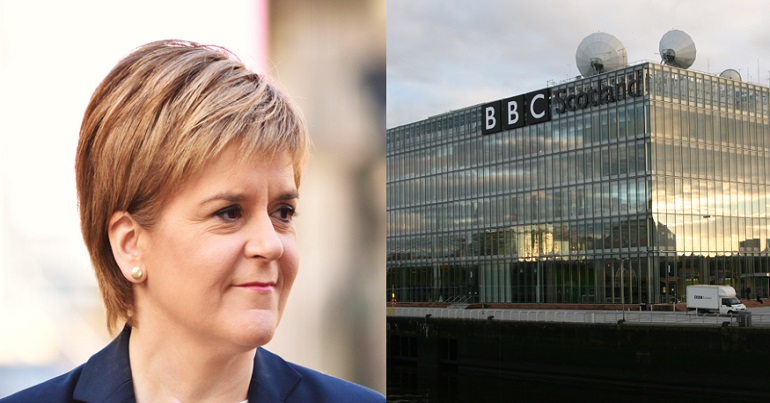 The SNP has made an official submission to media regulator Ofcom over the BBC‘s role in Scottish broadcasting. It said the public service broadcaster has ‘failed’ to restore public trust in it, after criticism of its approach to covering Scottish news and politics.

On Tuesday 22 May, the National reported that Nicola Sturgeon’s party had made the submission to Ofcom as part of a review into plans for a new BBC channel in Scotland. As the BBC itself reported, the channel will aim to cover news from a “Scottish perspective”. It has a proposed budget of £32m. And it will also broadcast programmes that “reflect Scottish life”.

While Ofcom has given its provisional approval to the BBC‘s plans, it is still consulting on them. It’s this consultation to which the SNP submitted evidence.

Overarching criticisms from the SNP

In its “cautiously optimistic” evidence, published in full by the National, the SNP made some overarching criticisms of the BBC. It said:

The flagship BBC Scotland news programme, Reporting Scotland, came in for particular criticism from the SNP. As the National reported, the SNP said:

many people north of the Border thought the channel’s daily news show… was ‘parochial’. It pointed out that it understood the average age of the Reporting Scotland audience was 61 and stressed the need for the new channel and news programme to attract a younger audience.

The BBC told the National:

We reject the criticism that our news focuses predominantly on negative aspects of matters concerning devolved powers and that the appointment of a Scotland editor has made little difference to our output.

The SNP summed up its submission by saying:

A member of the senior management of the BBC in London recently told us it ‘wasn’t a good use of public money’ getting a working camera to Skye. This is deeply concerning.

If, as has been suggested, the new channel will feed into the network and improve coverage so Scotland gains due prominence then we welcome this too. And comprehensive details showing how resources will be improved for the wider network to ensure fair and appropriate news coverage from all areas across Scotland would be welcome too.