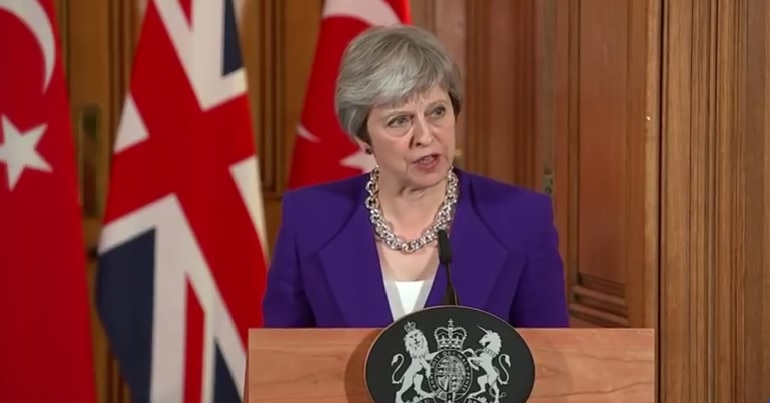 The US opened its newly relocated embassy in Jerusalem on 14 May, against the will of most of the international community. US president Donald Trump announced the embassy move in December 2017, in a unilateral bid to signal that Jerusalem is the capital of Israel.

At the time of the announcement, UK prime minister Theresa May said Trump’s choice was “unhelpful in terms of prospects for peace in the region”. The UK also boycotted the opening ceremony for the embassy.

But as Middle East Eye reports, that’s apparently where UK opposition to Trump’s reckless move ends. Because within days of the embassy opening, Alistair Burt, minister of state for the Middle East, confirmed the UK will use the US embassy.

Burt reportedly met with members of the British Palestinian Policy Council (BPPC) three days after the ceremony. And they requested that the UK keep the boycott going by refusing to work in the embassy. But Burt rejected the request. As one participant explained to Middle East Eye:

When we asked him to confirm [that] UK officials would not attend meetings at the embassy going forward, as the UK does not recognise it, he was very clear that they would attend.

Middle East Eye reports that the Foreign Office has also confirmed the UK will use the embassy.

Israel presently has no officially recognised sovereignty over Jerusalem. But it seized western Jerusalem in the 1948 Arab-Israeli war. And it then occupied East Jerusalem during the 1967 war. Around 423,000 Palestinians live in Jerusalem. Nearly two thirds of them live in the areas seized by Israel in 1967.

In short, Trump moved his country’s Israeli embassy to a city that doesn’t belong to Israel.

Nonetheless, after a brief display of displeasure with Trump over the embassy move, the UK is going back to business as normal. Even though on the day the embassy opened, Israeli forces’ actions led to the deaths of over 60 Palestinian people.

But then, the UK did just abstain in a vote on a UN investigation into those killings. So really, we shouldn’t have expected much more than this lily-livered tokenism from May’s government.

– Write to your MP and demand they challenge the government’s embassy decision.