Dear Michael Gove, have you spoken to any UK migrants? Ever? - Canary Workers’ Co-op 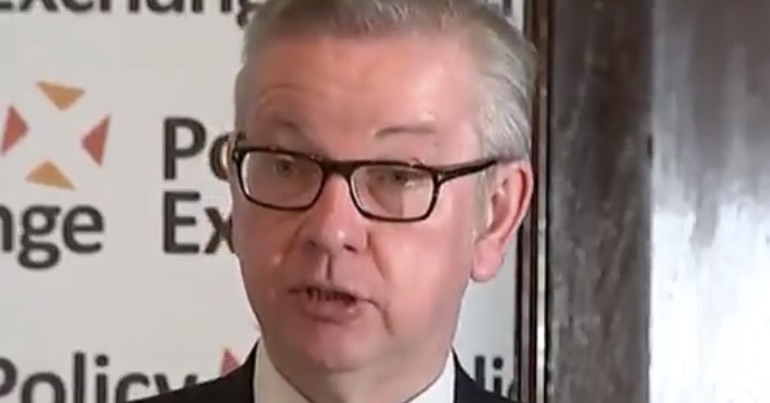 The mental health of thousands of children around the UK is breaking, as they sit the new GCSEs. These were Michael Gove’s ‘triumph’ as education secretary. Recently, he’s seemed relatively quiet, squirreled away as the environment secretary. But he’s back, championing Brexit. Again.

Now, he’s ‘celebrating’ the impact of Brexit on migrants.

Britain has become more welcoming to migration since the Brexit vote.

"Britain has become more welcoming to migration since the Brexit vote."

Environment Secretary Michael Gove says Britain is "one of those EU nations with the warmest attitude towards migration". pic.twitter.com/Vx7Sp0lYIq

Basing this on “opinion research” (no comment), he claimed that:

now Britain is one of those EU nations with the warmest attitude towards migration.

Many have taken to Twitter to remind Gove about some of the ‘welcoming’ Brexit ‘moments’:

Michael Gove: "Britain is one of the most tolerant countries in the world"
Also Britain: pic.twitter.com/2qTU3nFCoG

(As politely as possible) @michaelgove this position does not reflect the experience of anyone I’ve spoken with nor read about. Not even close. https://t.co/qWUBWT8ID3

Perhaps Gove needs some figures about hate crime, from real research. Because these show a very different picture of this ‘welcome’.

According to the Guardian, police thought “the spike in hate crime following the EU referendum was the worst on record”. Reports increased:

by 42%, to more than 3,000 allegations of hate crime across Britain in the week before and the week after the 23 June vote.

The UN committee on the elimination of racial discrimination (CERD) directly blamed pro-Leave politicians for this rise (are you listening, Gove?). It said:

British politicians helped fuel a steep rise in racist hate crimes during and after the EU referendum campaign.

It’s a situation that has not improved. In January 2018, Prof Tendayi Achiume – the UN’s special rapporteur on contemporary forms of racism, racial discrimination, xenophobia and related intolerance – said:

As The Canary previously reported, those arriving in the UK seeking asylum have faced years of “bad practices and poor decision-making [that] are putting lives at risk”. Far from ‘welcoming’.

Perhaps Gove missed the news about the thousands of UK citizens caught up in the Windrush scandal?

As if to prove beyond any doubt just how welcoming Gove’s Britain truly is, he ‘jokingly’ referred to Meghan Markle as “exotic”:

Writing in the Guardian, Nesrine Malik said of Gove:

He can stand in front of a nation that witnessed immigration become the second most important issue to voters, in the very headwinds of the Windrush scandal, and say that Brexit has made the UK more welcoming to immigrants.

As one person said:

There are many who agree with that sentiment.