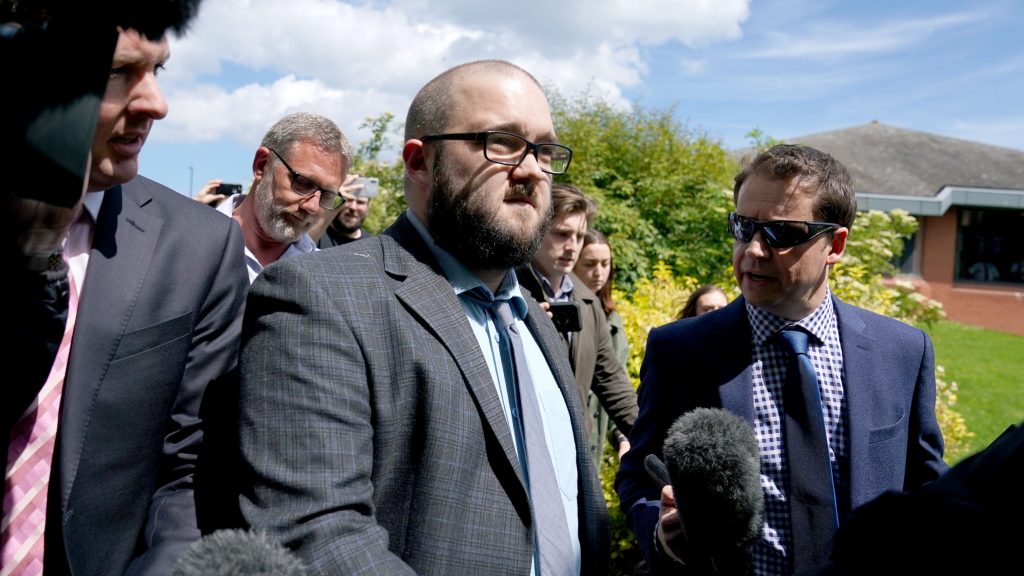 An online fundraiser has been set up to help the man who threw a milkshake over Nigel Farage cover his compensation and court costs.

The GoFundMe page was set up to raise the £520 Paul Crowther has been ordered to pay, and within three hours had almost reached its target.

Should it exceed its target, the organiser said he and the 32-year-old defendant will put the surplus towards an anti-racism cause.

I set up this page for Paul Crowther because I felt that the punishment didn’t fit the crime.

Throwing a milkshake over someone is, in my opinion, relatively harmless.

As a direct consequence of this, Paul has become a target for hate from the far right, has lost his job and now has a criminal record.

I vehemently oppose Nigel Farage and his politics, and am absolutely certain that this case was prosecuted to the extent it was because of the identity of the victim, not the nature of the crime.

But some people disagreed with the fundraiser, with one person commenting:

This is a disgrace. He got of (sic) lightly. He was found guilty and maybe he will learn a lesson from this. Donating to this cause is wrong.

The fundraiser can found here.