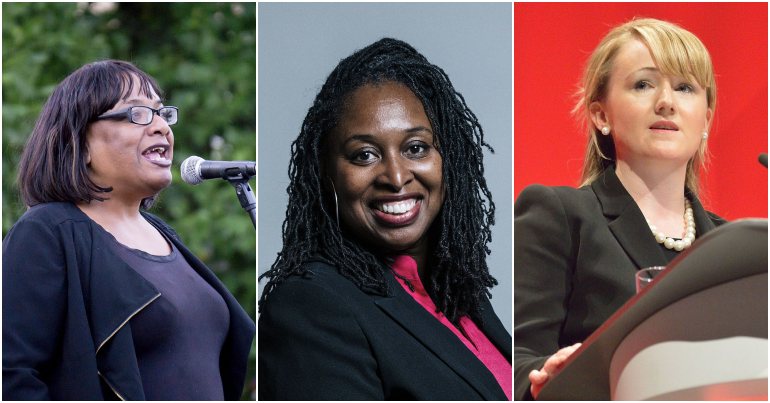 On 17 June, the Guardian’s Suzanne Moore wrote an opinion article and launched a scathing attack on Labour women. It was also a centrist-fuelled criticism of Jeremy Corbyn’s leadership. The Guardian also changed the headline, but that only made it worse.

The wrong sort of women?

The headline originally asked, “Why is it so hard for Labour to find a woman for its inner circle?”. Moore wrote:

We all know Corbyn is very concerned about having more women in the Labour leadership. But not concerned enough to actually have many.

Disgustingly, Moore wrote off all the brilliant women who are in the shadow cabinet. She dismissed them, writing:

A suitable female pet has to be groomed or the revolution may stall.

Clearly, Moore missed the fact that there are 15 women in Labour’s shadow cabinet. The response to Moore came quick and fast; not least because she failed to mention any of Labour’s Black female MPs. If she’s talking about an ‘inner circle’ then Diane Abbott, Dawn Butler, Valerie Vaz, and Shami Chakrabarti are part of the shadow cabinet.

This article reminds me of a conversation I had with an irate Labour member who said "I support women in the party – Stella Creasy, Yvette Copper and Jess Phillips"
I smiled & asked how about "Diane Abbott, Dawn Butler & erm, me?"
She turned red.https://t.co/lH2Qsty8ff

Fair enough, it was an opinion piece, but Moore also claimed that Labour “has a shortage of women, not on its benches but in its inner circle”. Yet, she also ignored other incredible socialist women. Again, in the shadow cabinet alone, this includes Rebecca Long-Bailey, Angela Rayner, and Cat Smith.

Moore, it seems, thinks these ‘female pets’ who’re working class, northern, or Black are just the “wrong type of women”:

As you read this bear in mind that 52% of Labour’s Shadow Cabinet is female. Alright I accept they’re mostly working class women, northern English woman or ethnic minority women & so therefore the wrong type of women. But they are women nonetheless. https://t.co/7LRFhPBtkD

As one person noted, it seems like Moore suffers from “double colour-blindness”:

.@suzanne_moore is suffering from a double colour-blindness: an inability to see black women & a refusal to see Socialist red. She’s got herself in a funk on race bc of an irrational desire to promote 1 person – Jess Phillips. 1/2 https://t.co/b3Rgrsa3d7

Even when the headline changed and asked, “Why is it so hard for Labour to find a woman to be leader?” it didn’t help. For a start, despite many centrists best efforts, Labour isn’t looking for and doesn’t need a new leader.

Since Corbyn was elected as Labour leader in 2015, membership has grown from 190,000 Labour members to an estimated 540,000 in 2018. This surge includes many people who left “during the Blair/Brown era because they were disillusioned by the ‘centre ground’ politics” and rejoined in 2015. Many new members joined because “Corbyn offered not only a sharp swing to the left but the rhetoric of a new style of politics”.

The new headline only emphasised Moore’s attack on left-wing women and Corbyn:

They've changed the headline now from 'inner circle' to 'leader'. @suzanne_moore loathes Corbyn, but according to @FullFact 'Currently 45% of the shadow cabinet are women and 13% are non-white', but to suzanne these are not women but “suitable female pet[s]”. WoC no mention. pic.twitter.com/TAhFMXeTe2

Moore stated that “Emily Thornberry couldn’t be called on to do PMQs as she made the terrible faux pas of telling the truth about the European elections”. But she missed two vital facts.

Firstly, on 5 June, shadow foreign secretary Thornberry was in Normandy with Jeremy Corbyn to mark the 75 D-Day anniversary. And secondly, shadow business secretary Rebecca Long-Bailey absolutely smashed it when she stood in for Corbyn at PMQs:

300 blue blooded Tories yelling at her & she didn’t even flinch. The first 10 seconds of this are a marvel. pic.twitter.com/TfBqPch4Sq

It's not just the headline though is it? The whole article is a confused mess that repeatedly mentions a deficit of women in the 'inner circle'. Incredible to not mention that Thornberry was replaced at pmqs by another Labour woman.

Moore did champion Stella Creasy and Jess Phillips’ “strong voices”. In 2015, Phillips said she’d knife Jeremy Corbyn “in the front, not the back”. In 2016, she resigned from the shadow cabinet. Creasy is openly critical of the pro-Corbyn grassroots Momentum.

“We are still invisible”

I just read it… how offensive but not surprising is it? We spend our whole lives fighting for equality and we are still invisible.

Unless they want to attack us.

If only they realised they were part of the problem we might finally make progress. https://t.co/mzfmyuxN4V

And she was spot on. Too many strong women who do fight for equality remain invisible or face attack. Moore’s toxic, centrist, faux-feminism is exactly “part of the problem” that we need to stand in solidarity against.