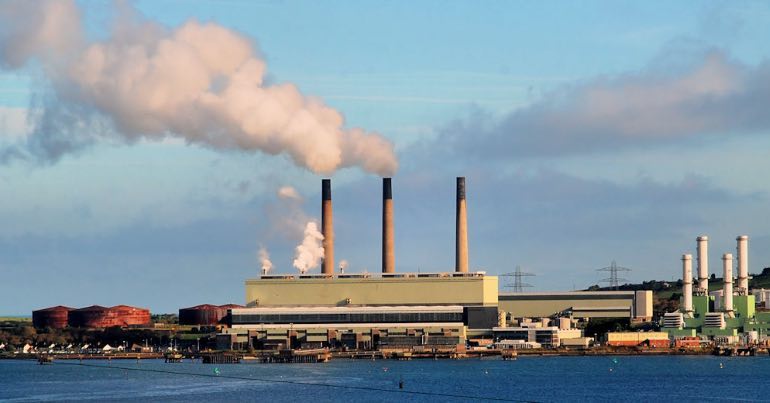 The Irish government has launched its ‘Climate Action Plan’ on how to tackle climate catastrophe. It lays out a number of steps that it plans to take to make Ireland carbon neutral by 2050. But the plan also argues for an increase in the carbon tax and for a tax on single-use plastics. And because of this, some have declared that it will “punish individuals with taxes, levies”.

Critics such as Solidarity-People Before Profit (PBP) have previously argued against a carbon tax that targets individuals and not companies.

Ireland is failing the climate

The action plan begins by noting Ireland’s failure when it comes to tackling climate breakdown. It argues that “climate disruption must be arrested”; but that “Ireland is way off course” in this regard. This is in spite of the fact that the country has felt the effects of “extreme weather events”. And given this, it declares that “decarbonisation is now a must”.

It also points out that Ireland has “a strong foundation on which to build” a carbon-neutral society. This includes the recent declaration of a climate and biodiversity emergency by the Irish parliament.

On the other hand, the report also notes the extent of Ireland’s greenhouse gas emissions. It reveals that 32% of greenhouse gas emissions come from the agriculture sector, in contrast to 11% in Europe. Ireland also has “a higher carbon footprint per head of population” compared to the rest of Europe. And it’ll miss its renewable energy targets for 2020.

Given this, the report puts forward a number of solutions for combatting rising CO2 levels. A “Carbon Budget” will ensure different sectors of the economy are meeting decarbonisation targets. Larger amounts of electricity, meanwhile, will come from renewable sources, with the goal being to increase the use of renewables from 30% to 70%.

It also argues for “community participation in renewable generation”, introducing a scheme that’ll pay individuals to sell power back to the electricity grid. The Climate Action Plan also pushes for “stricter requirements for new buildings” and the upgrading of 500,000 homes.

On transport, the report recommends increasing the use of electric vehicles. By 2030, it’s planned that 100% of new cars will be electric. And it states that targets should be set “for the conversion of public transport fleets to zero carbon alternatives”.

But some aspects of the report are likely to be controversial. Because it calls for an increase in carbon tax “of at least €80 per tonne by 2030”. The current rate is €20 per tonne. According to the Irish Independent, a litre of petrol would then be 17 cents more expensive using today’s prices. A litre of diesel, meanwhile, would cost 20 cents more. Similar tax proposals in France sparked mass protests in late 2018, which continue today.

As for the recommendation to ban “diesel-only purchases from 1 July 2019” for the public bus fleet, this has already been undermined. Because in October 2018, the National Transportation Authority announced it would buy 200 diesel-fuelled buses before the ban takes effect in July.

The report also says the government should:

provide local authorities with the power to restrict access to certain parts of a city or a town to zero-emission vehicles only.

Bríd Smith of PBP previously argued against the proposed increase in carbon tax. She insisted that:

This is about implementing a carbon tax on ordinary people that will rise fourfold in the next ten years without taking into consideration the circumstances in which they live.

The report also states that the government will investigate introducing “environmental levies”. This includes “a possible levy on single use plastics”.

the role of the state is only to incentivise investors or punish individuals with taxes, levies etc

It’s difficult to predict the effectiveness of the report’s recommendations, because climate breakdown seems to be accelerating. In the last week, temperatures in parts of Greenland were 40°F higher than normal. Add to this the fact that CO2 in the atmosphere has reached a level never before seen in human history.

By comparison, the report offers no radical solutions. And it appears not to consider people who can’t afford electric cars or to upgrade their homes.

What we need is something radical that targets the big polluters in society. If that doesn’t happen, it won’t matter what kind of car you drive or how little plastic you use. And instead, we’ll be left with a situation where the poorest pay for the crimes of the rich as the climate continues to collapse.