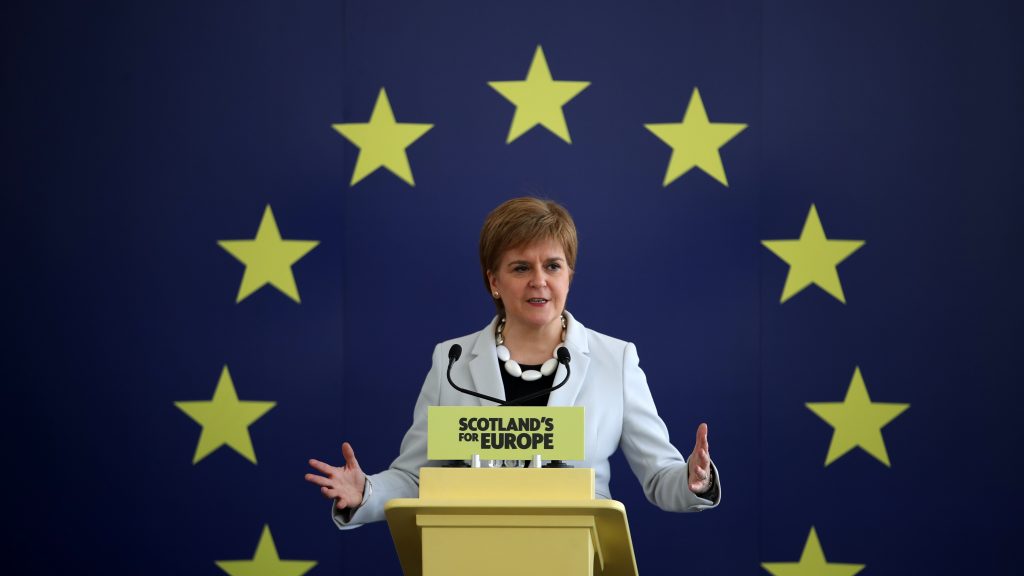 The new Conservative leader could cause as much damage to Scotland in 18 weeks as Margaret Thatcher and John Major did in 18 years of government, Scottish first minister Nicola Sturgeon will warn.

She will speak on Tuesday night about her fears of the impact an “out of touch Tory Party” led by an “even more reckless leader” could do.

The SNP leader has already earmarked the second half of 2020 for when a second Scottish independence referendum could be held but she is unlikely to get permission to hold such a ballot from the new prime minister, no matter who is voted in to succeed Theresa May.

But Sturgeon will use a speech to mark the 20th anniversary of the establishment of the Scottish parliament to make plain that the next six months could bring more challenges than the first two decades of devolution.

Over the last 20 years, she will argue, Holyrood and its MSPs have “sought to improve the lives of the people of Scotland”. She will say the record of achievement over this time is “significant”, noting 61% of Scots trust Holyrood to act in the country’s best interests, while only 21% trust Westminster to do the right thing for Scotland.

The campaign for a devolved Scottish parliament focused on the “democratic deficit” that existed in the 1980s and 1990s when Thatcher and then Major were in Downing Street.

“Immense damage to Scottish communities was caused by an out of touch Conservative Party that governed, unelected in Scotland, for 18 years,” Sturgeon will say.

“But now I fear a similarly out of touch Tory Party, led by an even more reckless leader, could cause as much damage as Mrs Thatcher and John Major did.

“Because by the end of October, Scotland could be heading for a no-deal Brexit.”

“Scotland must have the option of choosing a different course”

The first minister will use her speech in Edinburgh on Tuesday to claim that “instead of the chaos and dysfunction at Westminster, I believe people want a welcoming, tolerant, internationalist, European, equal, caring Scotland”.

She is expected to add: “That’s why, for all the undoubted successes of devolution, this has to be a time for taking stock.

“Scotland must have the option of choosing a different course.

“The next six months could offer challenges greater than anything we have seen in the last 20 years.

“In my view they will inevitably require greater powers for Scotland – indeed the full powers that come with independence.

“But in discussing the shape of those extra powers, and how we gain them, we need to ensure that our debates are thorough, thoughtful and constructive – that we carry as many people as possible with us.”

She will say: “If we achieve that, we can surpass – rather than simply fulfil – the hopes of 20 years ago.

“And we can ensure that Scotland’s new song is of a greener, fairer and more prosperous country.”