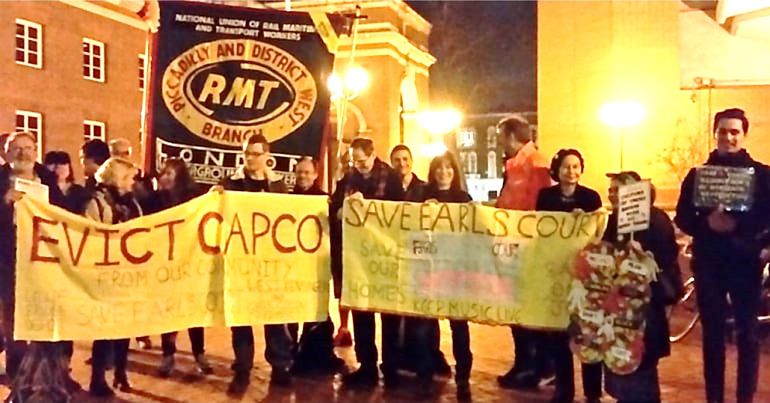 On Saturday 22 June, residents and campaigners in the Royal Borough of Kensington and Chelsea will meet to discuss tackling homelessness, gentrification and climate change. Save Earls Court Supporters Club, T.H.I.N.K., Save Silchester, and Westway 23 will host the event which is supported by the Radical Housing Network (RHN). Attendees can expect “workshops, talks and films looking at housing problems in the area”, Pilgrim Tucker of RHN told The Canary. It will run from 11am to 4pm at Kensington Town Hall, Horton Street, London, W8 7NX.

Tucker said the event will “bring residents and campaigners together to discuss what needs to change in order to provide affordable secure safe housing for local people”.

The borough is the most unequal in the country, and has higher numbers of empty and second homes than council ones. Two years after the [Grenfell Tower] fire many are still in temporary accommodation, and the borough has one of the longest housing waiting lists in the country.

We have a climate emergency, a housing crisis and a land crisis. How are we going to handle this situation and ensure that marginalised groups are not forgotten? We need to come together which is why we support this event.

77 acres of land in the stalled Earl’s Court redevelopment and yet there are no plans to build any social housing on the 22 acres in Kensington and Chelsea. This is yet another significant failure in planning by the council which is supposedly learning lessons post-Grenfell.

An opportunity to ensure “green” development

London mayor Sadiq Khan has the opportunity to ensure that any future development sets the standard for being “green” while reflecting the needs of the local population, according to Tucker.

The organisers have confirmed a range of speakers including Emma Dent Coad MP, Tony O’ Brien (author of Tackling the housing crisis), along with local residents and campaigners.

Tucker explained that attendance is free, as is the crèche, though registration is requested.