Death toll of Western-backed war on Yemen exceeds 90,000, according to new data - Canary 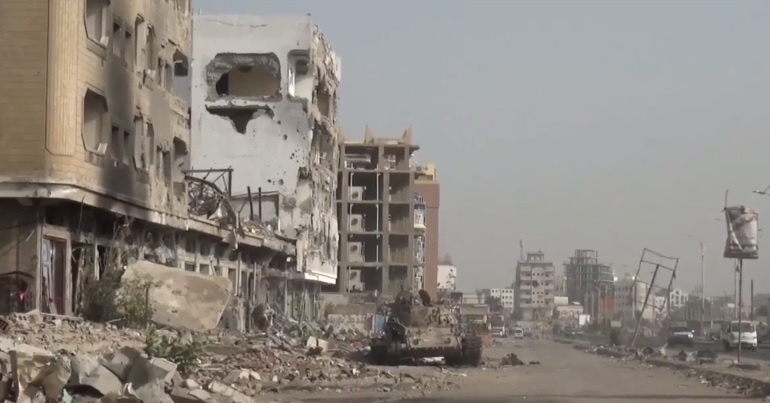 Over 91,000 men, women and children have been killed in the Western-backed war on Yemen since 2015, according to a US-based monitoring group. The Armed Conflict Location & Event Data Project (ACLED) just published its latest report following new data it has collected in partnership with the Yemen Data Project. According to the report, there were:

Around 11,700 civilians killed from “direct targeting”

ACLED reports that there have been:

In August 2018, an airstrike destroyed a school bus – killing 40 children and 11 adults using a 500-pound laser-guided bomb manufactured by US firm Lockheed Martin.

Insufficient information regarding the rest of the dead

There is insufficient information to determine the precise affiliation of the remaining fatalities (they include civilians and combatants killed in the course of fighting).

Jones also clarified that ACLED does not incorporate ‘indirect’ fatalities resulting from the war.

Most civilian deaths may remain uncounted

ACLED does not collect data on other causes of death like starvation and disease, only direct violence.

Additionally, regarding reported civilian fatalities, ACLED only explicitly records them as such in cases where civilians were directly targeted, not killed in the crossfire of a battle or from ‘collateral damage’.

UN: There have been times when a child under five has died every 10 minutes

In 2017, the UN reported that a “child under five” in Yemen “dies every 10 minutes” from “preventable causes”. The war has already displaced over 3.6 million people and created the world’s largest recorded cholera epidemic. Cholera, which is the result of contaminated food and drinking water, results in intense vomiting and diarrhoea. If left untreated, it can kill. According to French investigative news outlet Disclose, coalition airstrikes have bombed 659 farms, 229 boats and 91 sites “supplying drinking water, including reservoirs, wells, water pumps, and also irrigation canals and water treatment plants”.

The US, UK and France have also backed the Saudi-led blockade of Yemen, preventing essential goods from entering the poorest country in the Arabic-speaking world.

The publication of ACLED’s latest report comes over a year after protesters in the UK denounced the March 2018 visit of Saudi ‘Crown Prince‘ Mohammed bin Salman and British complicity in the world’s worst humanitarian crisis.

The crisis analysis and mapping group also reveals that:

The Houthis and their allies are responsible for over 1,900 reported civilian fatalities from direct targeting.

UK and US weapons and service contracts are key to ensuring the war continues, in a war that saw its bloodiest year in 2018. Labour Co-operative MP Lloyd Russell-Moyle gave an exclusive interview to The Canary in 2018 arguing that UK arms controls are a “bad joke”.

Jones also told The Canary that:

ACLED only records reported fatalities, so these figures should not be understood as exact counts… ACLED reports fatalities only when a reputable source has relayed that information, and always uses the most conservative fatality estimate available…

These figures are revised and corrected – upward or downward – when better information becomes available.

Without public pressure on the UK, US, and French governments, this war will continue to rage on. So for the sake of everyone who has suffered and keeps suffering in Yemen, we must all make our voices heard.