760,000 people live below poverty line in Ireland and ‘radical action’ is needed to fix that, says major charity - Canary 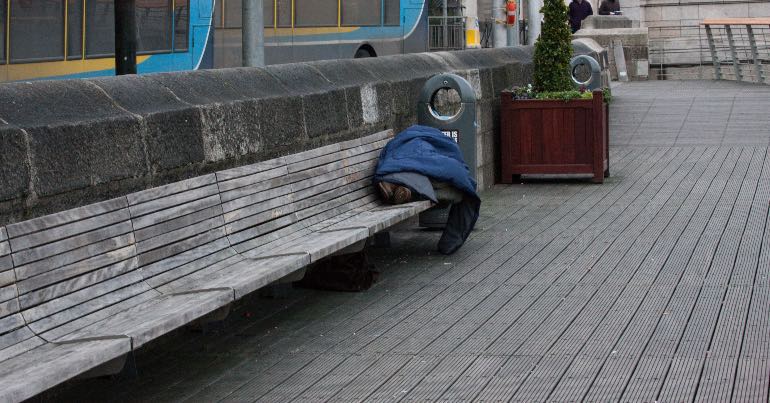 Ireland’s largest voluntary charity has said the country’s government must take “radical action” to end poverty. The Society of St. Vincent de Paul (SVP) made the comments as it launched its pre-budget submission on 18 June.

The SVP highlighted the extent of poverty in Ireland. It revealed that 760,000 people in the country are “living below the poverty line”. Breaking these figures down, it noted that, of those 760,000, roughly 110,00 have a job. Lone parents have been particularly affected over the last few years. The SVP pointed out that:

Poverty among lone parents with a job doubled between 2012 and 2017.

The organisation also argued that poverty affects more than the person living in it; “it hurts communities, the economy and society”. As a result, it said:

We need to invest in measures to prevent people from falling into poverty and to help them move out of poverty for good.

And even though this means “increased upfront spending now”, it’ll help to tackle poverty in the “long term”.

But the SVP also took note of Ireland’s housing issues. It stated that there’s an “over-reliance on the private rented sector to meet social housing need”. This makes people insecure and at risk of homelessness. It also drew attention to the fact that people who rent spend over 40% of their income on their rent. This, it said, “is unsustainable”.

The SVP’s solution to Ireland’s housing and homelessness crisis is to increase the amount of available public housing. It recommended “the target of 50,000 social housing homes is delivered by 2021”. And it called on the government to protect people “at risk” of losing their rented homes.

The report also suggested a series of additional measures, asking the government to:

And on homelessness, the SVP advised:

that adequate funding is provided so that every homeless family is assigned a case manager to support them to move on from homelessness.

The above comes despite, as SVP highlighted, “strong economic growth” and increased employment. It also revealed that, in 2017, it:

spent more than €500,000 every week helping individuals and families with the costs of food, fuel, housing and education.

The SVP report offers some potential ways of lessening people’s misery. If only the Irish government would take them on board.