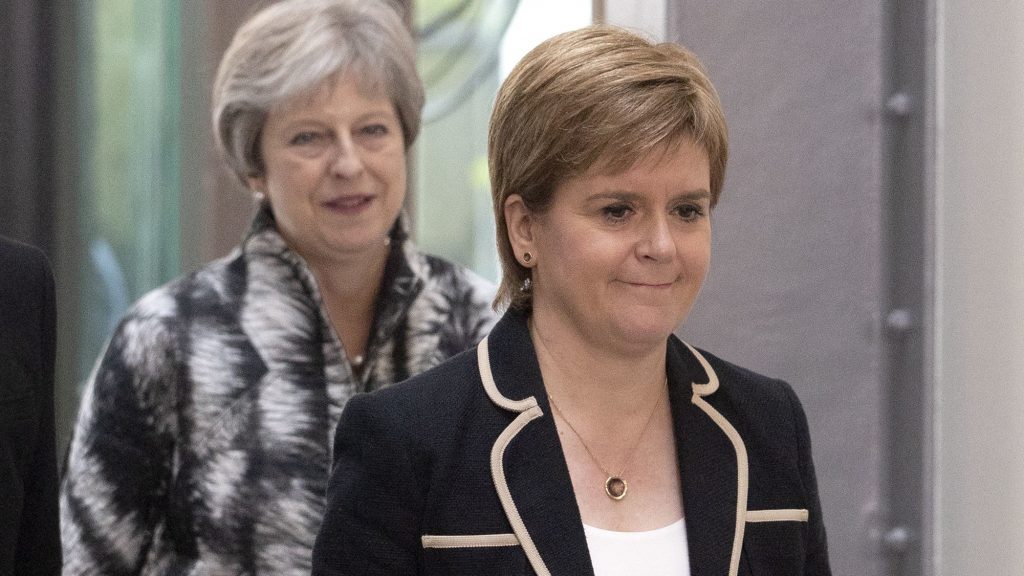 The UK Government is to carry out a review of Scottish devolution in a bid to ensure the current constitutional set-up is “working as best as it can”.

Scotland Office minister Lord Duncan said the exercise – which is expected to be announced by outgoing Prime Minister Theresa May during a north of the border visit on Thursday – was a “simple straightforward way of making sure devolution is working as best as it can be”.

But it has already been dismissed by First Minister Nicola Sturgeon as a “desperate act” from May, who will leave Downing Street in less than three weeks.

Former Scotland Office minister Lord Dunlop is said to have been tasked with carrying out the review, which will look at how Whitehall interacts with devolution 20 years after the Scottish Parliament was set up.

Thursday’s expected announcement from May comes the day before the two candidates vying to succeed her, Boris Johnson and Jeremy Hunt, take part in a hustings event in Perth.

But the Scottish First Minister took to Twitter to brand it as a “desperate act by a Prime Minister who has shown zero respect for the Scottish Parliament during her time in office”.

Sturgeon insisted: “It’s for the Scottish people – not a Tory PM – to consider and decide what future we want for our Parliament and country.”

Scotland Office minister Lord Duncan said however: “She would say that sort of thing, wouldn’t she.”

He added: “What we’re trying to do now is make sure the governments of Scotland work in Scotland’s best interests.

“The important thing here is the union is at the heart of this government, it believes passionately in that union and it wants to make sure that the governments of Scotland work together.”

The review comes at a time when the the union between Scotland and the rest of the UK has come under increased strain as a result of the 2016 Brexit referendum, when voters north of the border overwhelmingly voted to stay in the European Union, but votes in England helped produce an overall majority for leave.

Since then Scottish Government politicians insist May has repeatedly ignored proposals put forward by them as part of the Brexit process.

Sturgeon has also pushed for a second independence referendum – only for this to be dismissed by the outgoing PM as being “not the time” for such a vote.

SNP MP Stephen Gethins said: “Theresa May throughout her tenure has shown a complete disregard for the Scottish Parliament. This is a Prime Minister that has ignored Scotland’s democratic vote and interests and has instead ploughed on with her disastrous Brexit plans.”

He added: “The Brexit chaos was created by the Tory party and has been exacerbated by the Tory party. It is staggering that the current Tory Prime Minister thinks a last minute rush to Scotland will gloss over the reality that under her leadership her party has unapologetically pushed Scotland and the UK to the brink of the Brexit cliff-edge.

“Scotland must have a choice over its future. It is for the people of Scotland – not a Tory Prime Minister – to consider and decide what future we want for our Parliament and country.”