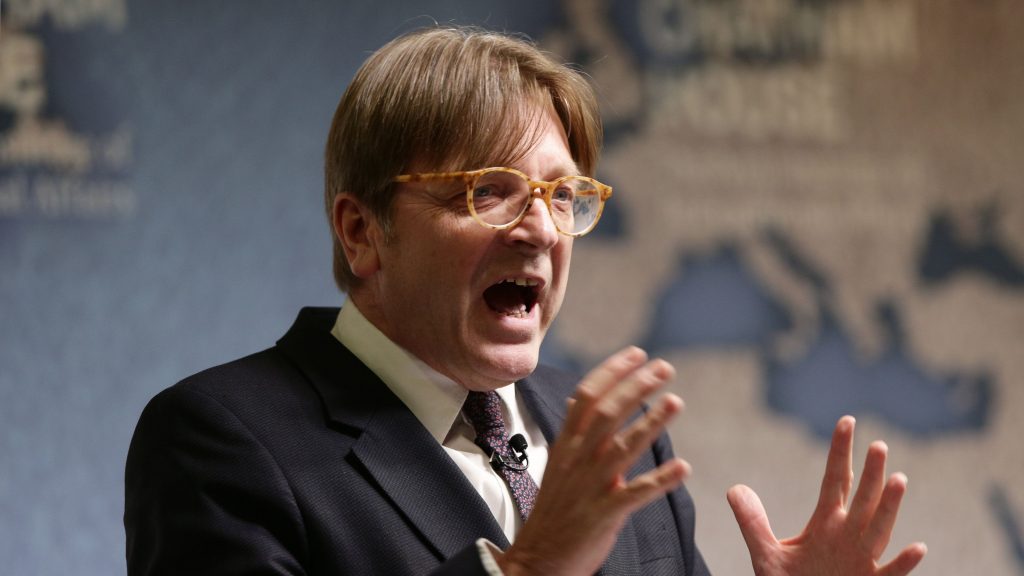 CORRECTION: This article was updated at 10am on 19 September to correct a quote from Polish ambassador to the UK Arkady Rzegocki.

A minister has defended the settlement scheme for EU citizens in the UK as it came under fire from Poland’s ambassador and a senior MEP.

Polish ambassador to the UK Arkady Rzegocki said there were “quite a lot of problems” with the system.

Guy Verhofstadt, the European Parliament’s Brexit co-ordinator, hit out at the “bureaucratic” process which had even caused problems for EU citizens who had been in the UK for decades.

But Home Office minister Victoria Atkins insisted the Government wanted to make the process “as easy as possible”.

Verhofstadt told MEPs in Strasbourg: “There are, every day in the British press, examples of people already living one decade, even two decades, in Britain who cannot have this so-called settled status.

“I think we need a fundamental shift in the way the UK Government applies at least that part of the Withdrawal Agreement.

“What we don’t need is a bureaucratic application as it is now. What we need from the British Government is an automatic registration of all our EU citizens.”

Following Prime Minister Boris Johnson’s call for the UK to be like the Incredible Hulk and break free of the EU’s “manacles”, Verhofstadt said Johnson should be more like the caring Mrs Doubtfire.

“Instead of playing the angry Hulk, I think he should inspire himself by another character – the caring nanny, the film of Mrs Doubtfire with the late Robin Williams.”

Rzegocki used an interview on BBC Radio 4’s Today to set out his concerns with the system.

“Of course, we are concerned about this process a little bit, because there’s 42% of people who received pre-settled status,” he said.

“So it means that there’s quite a lot of people who have had some problem with receiving settled status.”

Mr Rzegocki continued: “There are quite a lot of problems with people trying to receive settled status. People who have been here five or 10 years have also had problems.”

But Atkins told the programme: “These people are our friends, our neighbours, we want to make this as easy as possible.”

She continued: “The system was designed with the EU.

“We absolutely appreciate that there will be some people who don’t have documentation to prove they are part of our country, but we have invested in advertising campaigns to ensure people can be assisted.”

EU citizens and their families still have until at least December 2020 to apply to the EU settlement scheme.