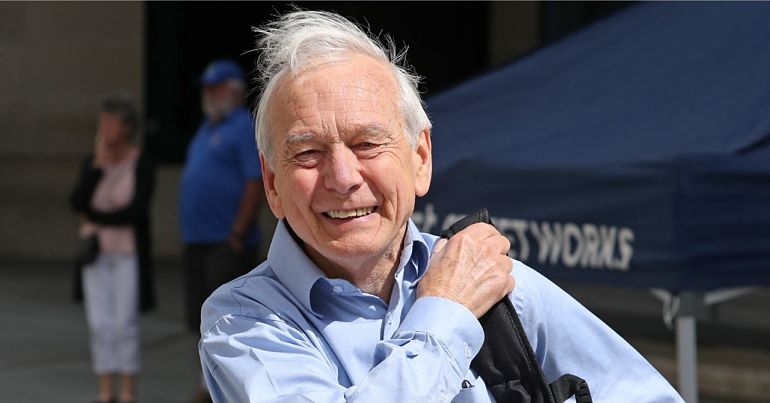 John Humphrys has divided opinion during his long tenure on the Today programme.

His years of interviewing have produced moments that provoked criticism from listeners.

While many listeners see Humphrys as the voice of Today and praise his interrogation of politicians, some critics have claimed a tactless approach in some conversations in his long BBC radio career.

These are some of the presenter’s controversial moments:

The veteran Radio 4 broadcaster was revealed to have earned between £600,000 and £649,000 when details of high BBC salaries were made public.

A conversation between Humphrys and Jon Sopel made headlines when the pair were recorded discussing pay imbalances between men and women at the broadcaster, following controversy over Carrie Gracie’s pay disparity.

Humphrys later took a voluntary pay cut, to around £290,000, saying “I’m not exactly on the breadline”.

In 2017, following allegations of sexual misconduct within Parliament, Humphrys quizzed Lord William Hague about the issue, demanding to know if the “witch hunt” would lead to men being afraid to approach women.

He was accused of making light of the issue and missing the point of concerns which had been raised.

Then Women’s Equality Party leader Sophie Walker said: “John Humphrys: Do an interview on sex harassment without using the words ‘witch hunt’ or ‘gone too far’.”

In August of 2019, Humphrys was accused of insensitivity toward transgender issues.

During an interview, he asked for proof of gender from a guest on the programme representing LGBT charity Stonewall.

The Today programme presenter was mocked on air by his fellow presenter Nick Robinson after it was claimed Humphrys said Moira Stuart was “sensationally sexy” and asked the female newsreader for “mad passionate love”.

Humphrys said that it had been “a silly wisecrack”.