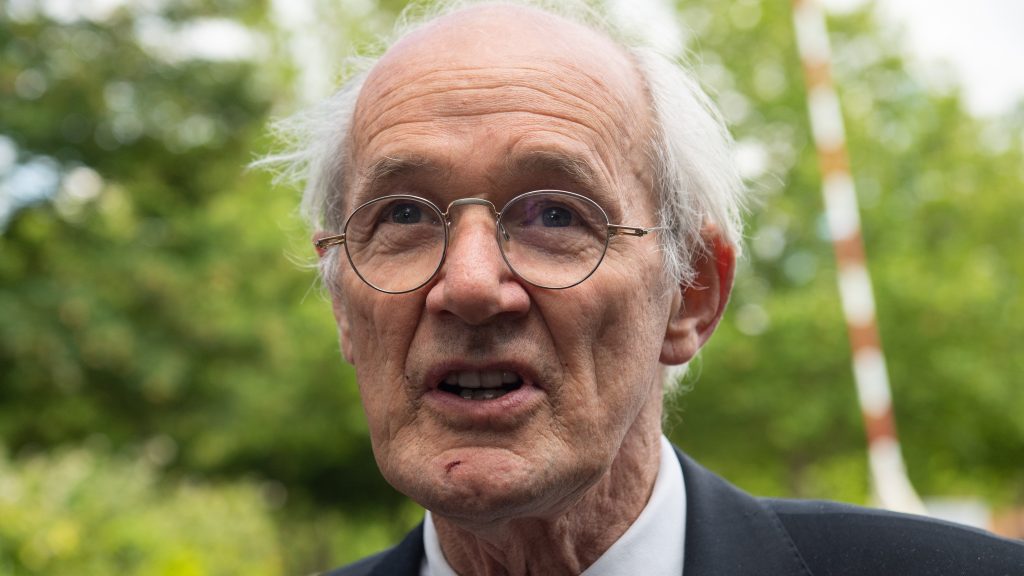 Julian Assange’s father is to receive an award on behalf of his son on 28 September, after launching a fresh attack on the continued imprisonment of the WikiLeaks founder.

John Shipton said Assange was still being kept in solitary confinement for up to 23 hours a day at top security Belmarsh prison in London, even though he was due to be released earlier this month.

He had served time for a bail violation after he was dragged out of the Ecuadorian embassy in London, where he lived for almost seven years as he fought moves to extradite him to the US.

Assange now faces a US extradition hearing next February.

Shipton said the treatment of his son was “sordid and hysterical”, adding that his health was deteriorating.

In an interview with PA, he said it was “extraordinary” that his son was being kept in such harsh prison conditions, especially as a United Nations special rapporteur on torture has called for his release.

“The only people who are breaking the law are the UK Government and the Crown Prosecution Service,” he said.

I last visited Julian in August – he was a bit shaky, and is suffering from anxiety. He has lost a lot of weight. It is very distressing, and the intensity of his treatment has increased over the past year.

He is being subjected to every sort of torment.

Shipton also expressed his surprise at the revelation in a Spanish newspaper that a private security company hired to protect the Ecuadorian embassy spied on Assange for the US intelligence service.

A report in El Pais said Global SL supposedly handed over audio and video to the CIA of the meetings Assange held with his lawyers and other visitors.

The company is being investigated for this activity by Spain’s High Court, said the report.

Shipton said laser microphones and video cameras were used to monitor conversations, even in the toilets.

We could not say anything without it being recorded, and it looks like they wanted to sell it to the CIA – in fact, they were actually selling Julian.

Shipton said today’s award was the 16th his son had been awarded for his journalistic and other work with WikiLeaks.

He will receive the award – the Gavin MacFadyen Award – outside Belmarsh prison, and visit his son next week.

The citation for today’s award – given on behalf of whistleblowers – describes Assange as a “courageous truth teller”, adding: The most common thread that ran through the reasons for nominating this year’s winner can be summarised in one sentence: ‘What will happen when the next abuse, corruption, crime or misconduct needs exposing, will other media be too afraid to publish the truth?’

This is not a question that should ever be asked in any civilised country.

He is now in Belmarsh prison in London after being jailed for violating bail conditions imposed over the Swedish extradition request and was due to be released last week, but was remanded in custody pending a hearing of the US extradition case in London in February 2020