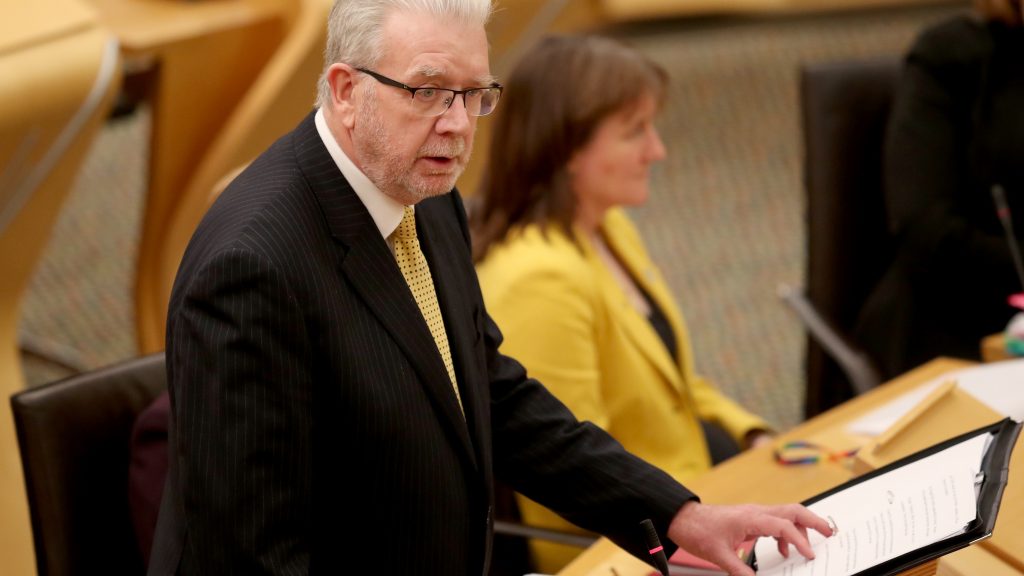 The Scottish government has recommended consent from Holyrood for the new Brexit deal should be withheld.

Under the devolution settlement, a legislative consent motion (LCM), also known as a Sewel motion, must be lodged in the devolved parliaments when the UK government is looking to pass a law on a matter for which Scotland, Wales or Northern Ireland has power.

An LCM has now been lodged in the Scottish parliament by Brexit secretary Mike Russell.

An LCM is a political convention that does not provide the devolved administrations with the legal ability to veto decisions made at Westminster and therefore is not needed for the UK government to pass legislation.

Russell has described the attempts of the UK government to pass its new Withdrawal Agreement Bill (WAB) as “irresponsible and disrespectful” to the devolved administrations.

Writing to Westminster to announce the lodging of the LCM, Russell said: “It is essential that it should receive scrutiny in all of the UK’s legislatures, that there should be the proper opportunity for civil society to consider it and for citizens to understand its meaning and significance, and for all constitutional conventions, including the Sewel Convention, to be respected during its passage.”

The Scottish government has also requested the Scottish parliament be recalled on Thursday to allow for a decision on the LCM, should the house of commons push for passage of the WAB by 31 October.

The decision to recall parliament can only be made by presiding officer Ken Macintosh, who it is understood is monitoring proceedings at Westminster before reaching a decision to call MSPs back this week, breaking up the two-week October recess.