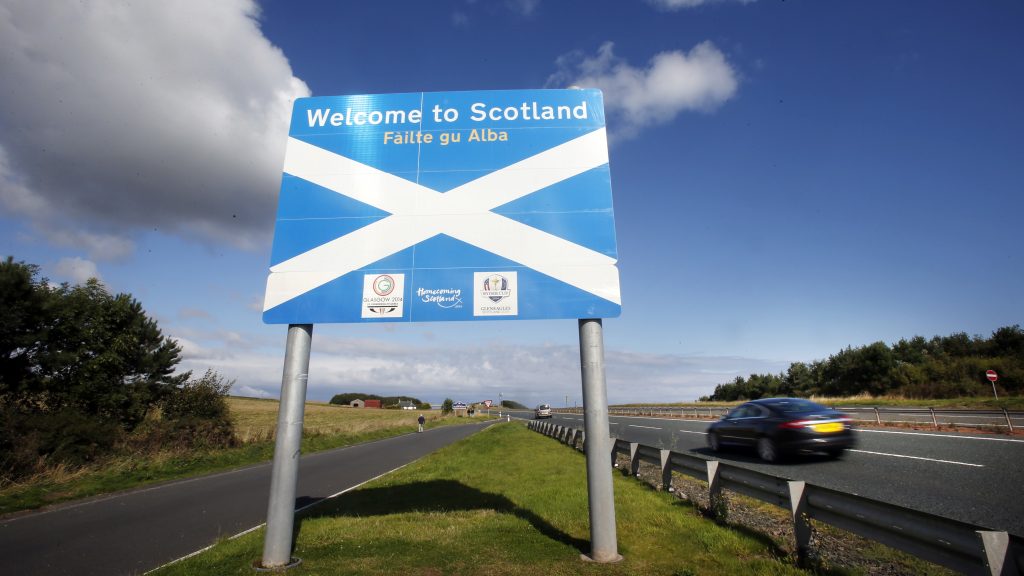 Border checks between Scotland, England and Wales could be required because of varying food standards after Brexit, academics have warned.

Issues such as chlorinated chicken and genetically-modified (GM) crops in post-Brexit trade negotiations could create wider differences between the nations’ food safety standards and require border checks between countries, University of Sussex academics have said.

With the Scottish and Welsh governments pledging to remain aligned to EU standards after Brexit, trade deals made by the UK government “could complicate and undermine trade in agricultural and food products”, the report states.

The university study, carried out for the UK Trade Policy Observatory, said different approaches to food standards would likely have a “significant and detrimental impact” on the ability to strike trade deals and “poses an increased risk of fragmentation” within the UK.

Proposed Brexit food safety rules would give UK ministers powers to make policy changes to food safety laws without primary legislation – avoiding the scrutiny of Parliament through the use of Statutory Instruments (SIs).

Such changes have the potential to “vastly increase devolution of food safety regulation”, according to the report, creating the prospect of trade barriers between England and Scotland or Wales.

Dr Emily Lydgate, a senior environmental law lecturer at the University of Sussex and one of the authors of the study, said: “Food safety SIs are a potential flash-point for Scotland – which wants to maintain alignment with the EU – and Westminster, which promises to pursue a US trade deal that will alter UK food safety legislation.

“Negotiating a US trade deal that Scotland opposes is certainly not viable and could even fuel a push for Scottish independence.

“If one or more devolved administrations refuses to realign its food safety regulations from those of the EU to comply with US standards after a US-UK free trade agreement, it will complicate the flows of agricultural and food products within the UK.

“This raises the question of how the UK can avoid introducing internal UK regulatory controls and border checks to ensure that products comply with divergent jurisdictional requirements.”

The report also suggests EU safeguards on food standards will be weakened as soon as the UK leaves, with the government planning to scrap the requirement for independent scientific assessments on the safety of pesticides and allowing ministers to lower thresholds for labelling when genetically-modified crops are used.

“Ministers may issue guidance impacting substantive policy content or make new rules governing food safety by secondary legislation, without proper parliamentary scrutiny and using powers that exceed those vested by the EU in the European Commission.

“Those considerable powers could be a way to overcoming parliamentary resistance and public opposition to aspects of a UK-US trade deal.”

Recommending that devolved nations have “strong oversight over UK external trade negotiations”, the study also calls for primary legislation to be required where there could be major policy changes on food safety.