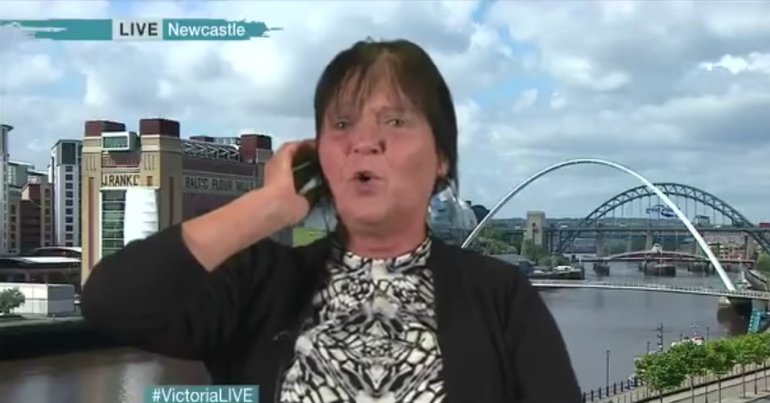 The Conservative Party’s austerity policies have decimated the welfare state, with even survivors of rape forced to ‘prove it’ or lose their benefits. But amid all the statistics and headlines, very real people are suffering indescribable pain. If someone you know is even thinking about voting for more of the same come 12 December 2019, then the least they can do is spend 34 seconds listening to one woman’s tears.

Impossible to watch this 34 second clip and not cry. To see a woman's dignity take such a hammer blow because she has no food for her or her loved ones in the 5th richest country on the planet. Unbearable viewing. pic.twitter.com/EUODFul8oy

The clip comes from a 2017 instalment of the Victoria Derbyshire show and features a guest named as Tracy Culham. The programme focussed on the astronomical rise in people dependent on foodbanks to eat. In April 2019, the Trussell Trust revealed that foodbank use in the UK had hit a record high. In the past five years, it said, foodbank use had soared 73%, with a whopping 1.6m parcels distributed in the previous year alone.

The primary reason for this is the combination of falling wages and increased living costs. In short, wages are going down while prices are going up. And on top of that, ideologically-driven changes to the benefits system are leaving people without critical financial support when they need it.

In 2018, UN special rapporteur Philip Alston completed an investigation into the impact of austerity and poverty in the UK. He concluded:

He also found that the impact of austerity and welfare cuts has:

The guest on Victoria Derbyshire was one of these people. Unsuccessfully fighting back tears, she said:

It’s degrading. Especially when you work all your life. …

I hate talking about this because I think it’s the most degrading thing going. And I need to let the nation know what it’s like.

A landmark study by UCL, published in the British Medical Journal in 2017, attributed 120,000 deaths to austerity-driven cuts in health and social care alone. That is 120,000 dead people, who may not have died if different decisions had been made in Downing Street. Behind such horrific numbers are real people. We can’t do anything about those lost lives anymore. The moment has passed. But we can honour them by preventing further loss, by making sure better decisions happen in future. And that starts with ousting the politicians whose short-termist, selfish decisions brought us to this point. So let’s do that come 12 December.