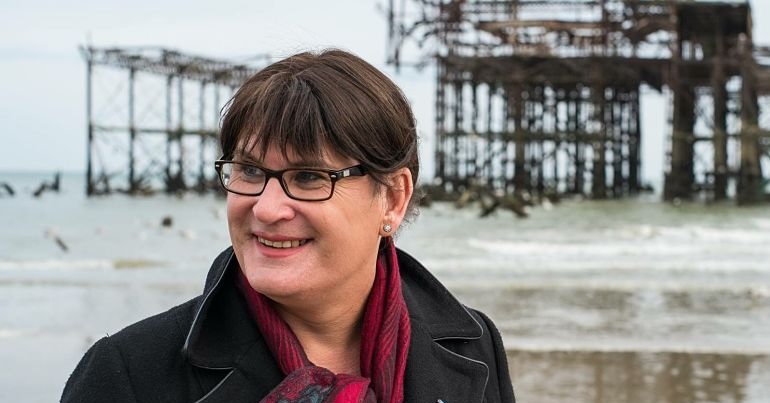 Transgender and gender non-binary politicians standing in December’s general election have spoken of being worried about running due to abuse and intimidation. Four transgender or non-binary candidates told the PA news agency they were concerned about the “divided” political atmosphere.

At the last general election, 45 lesbian, gay and bisexual (LGB) MPs were elected from across Labour, the Conservatives and the SNP, while PinkNews reported that seven transgender candidates had put themselves forward for the 2017 poll.

Helen Belcher, standing for the second time as Lib Dem candidate for Chippenham, told PA: “I think the media landscape since the last general election has put a lot of trans and non-binary people off having any kind of public profile. Anyone putting their head above the parapet saying they support trans people is subject to a barrage on social media.

“That is draining for anyone to deal with, but if you’re trans, seeing people question your integrity and identity can be really damaging.

“The whole political landscape has become more divided since the last general election… I am apprehensive about what I might face over the next few weeks and months, but I am propelled by a drive that I must try to improve things for people, and so that inevitably means putting yourself in difficult situations.”

There has never been a transgender MP in the UK, however Dr Sophie Cook came close to victory for Labour in the Tory heartland of East Worthing and Shoreham in 2017, gaining 19.8% of the vote to finish 5,000 votes behind incumbent Tim Loughton.

She has since left the Labour Party due to “bullying” and “abuse”, and is now standing as an independent candidate in the same constituency.

Dr Cook told PA: “It’s not the same political landscape it was before the referendum… I’m fully prepared for a lot of abuse for running again.

“I know that I can give something to the people of that constituency and I know that I could do an absolutely amazing job for them as their MP.”

The general election in 2017 is thought to be the first time that a non-binary candidate stood for the polls.

Labour candidate Thom Kirkwood explained that this community is now beginning to be properly represented.

Kirkwood, who is standing for the first time in Richmond, Yorkshire, told PA: “The party both locally and more widely have been really encouraging and supportive.

“I was slightly nervous about online abuse, but there has been very little compared to the supportive messages I’ve received – including from people who don’t agree with my politics.

“I think we’re starting to be properly represented; people are starting to realise that being trans or non-binary isn’t going to hold them back… I’d like to say that my gender hasn’t mattered to people as much as the issues.”

Charley Hasted, who is standing in Eltham for the Liberal Democrats, stood for the party at the last election and also stood twice as a councillor, but said: “This is the first time I’ve felt too worried to have my address on my nomination form.

“Right now my main concern is the fact I’m trans and frankly some of the discourse around trans issues is even more toxic than Brexit for one reason… It definitely factored into my decision (to stand),” Hasted added.

“I think parties could do more to protect trans and non-binary candidates but there are lots of other groups of candidates including women, BME people, disabled people, who also end up the targets of abuse and not enough is being done to support any of us in many cases.

“I’d love to see parties and parliament funding pastoral and mental health support for candidates. Even something as simple as having a counsellor available to email.”

Two trans candidates were due to stand for the Brexit Party, however, they withdrew their candidacy due to the party’s decision not to stand in Conservative-held seats.

With Transgender Awareness Week falling as candidates reach the nomination deadline for the general election, trans and non-binary candidates agreed that wider representation was a key target for the future.