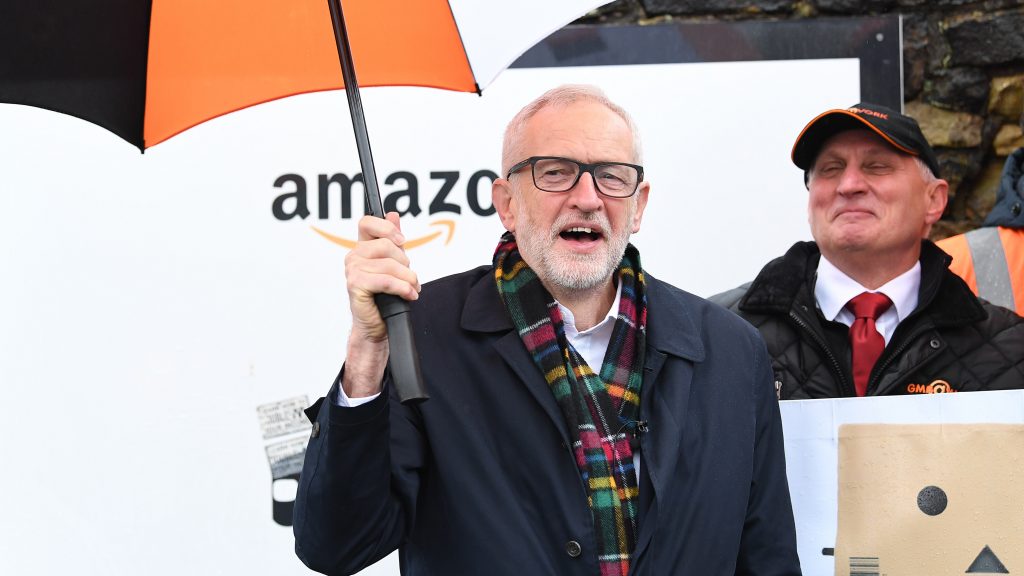 Jeremy Corbyn has vowed to stop multinational companies offshoring their tax bills to “lower tax regimes” with measures to force them to pay their fair share in the UK.

The Labour leader met workers at an Amazon depot in Sheffield as he warned big companies they would have to pay taxes on all operations in the UK.

Labour expects the measures would raise £6.3bn for the exchequer in 2024 to help pay for its manifesto plans to nationalise key utilities in a “green industrial revolution”.

Corbyn and shadow employment rights secretary Laura Pidcock set out plans to clamp down on “enablers of tax dodging”, increase HMRC targeted audits and establish an inquiry into the finance sector.

Labour was also highlighting existing policies to end in-work poverty with plans to give a £10-an-hour minimum wage for all, ban zero-hours contracts and give every worker full rights from their first day in a job.

We’re here to say to big companies that operate in Britain that in future you’re going to have to pay taxes on all your operations in this country – you will not be able to offshore your tax bill to some lower tax regime.

I think these are just basic issues of social justice and that’s why I’m here this morning.

He said zero-hours contracts would be a “thing of the past” under Labour, and everyone in work would know “exactly what their basic income is going to be”.

These claims about Amazon are false. The Government wrote the tax laws and they are designed to encourage investment, and we are investing heavily in creating jobs and infrastructure across the UK – more than £18bn since 2010.

This investment helped contribute to a total tax contribution of £793m during 2018 – £220m in direct taxes and £573m in indirect taxes.