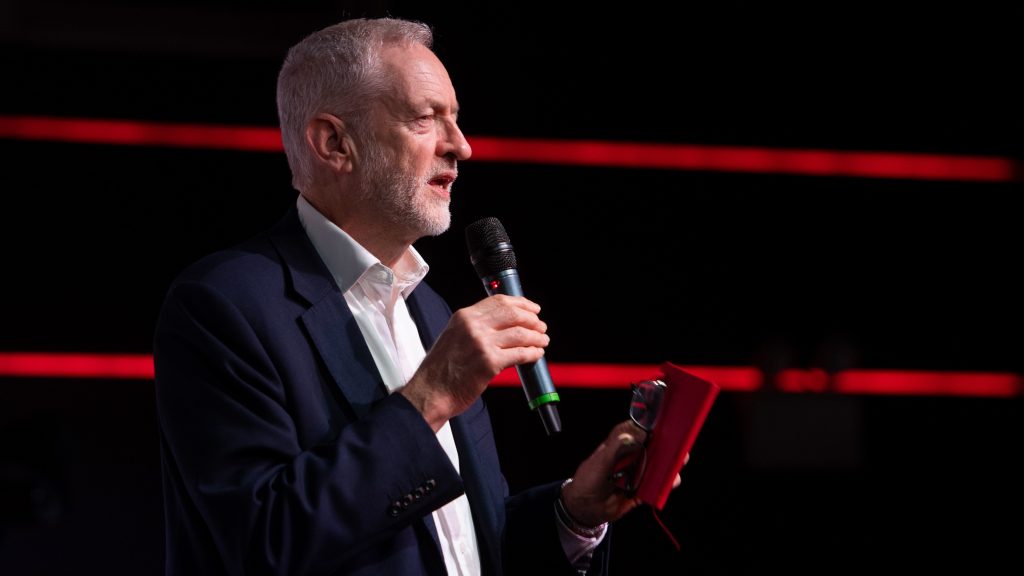 Jeremy Corbyn has offered students a vision for “hope” as he unveiled a youth manifesto pledging £1 billion investment and votes at 16.

The Labour leader received huge applause when he told supporters at Loughborough University on Saturday of plans to end pay “discrimination” and give a £10 minimum wage to all.

And to energise his campaign further, he encouraged the crowd to hit the streets campaigning ahead of the election on 12 December in order to bring a “red Christmas”.

This election is all about the future and hope for young people in our society.

A Labour government that will deliver for all people in the future is a prize within our grasp, but it’s not going to be handed to us on a plate.

You’ve seen the attacks we are getting in some of the billionaire-owned media at the moment.

But I tell you what, don’t do personal, don’t reply, just relentlessly go out there with the policies we’ve got, the determination we’ve got to put them into operation, and then, in the cold misery of a wet November and December, we will get a red Christmas and a great spring with a Labour government.

The Labour leader, who received chants of “oh Jeremy Corbyn”, also urged supporters to register to vote by the 26 November deadline, saying there are still nine million people who have not done so.

In the youth manifesto, Labour pledges to spend £1 billion each year to fund a service guaranteeing every young person access to work.

It would spend an additional £250 million to build up to 500 new youth centres.

Among other policies Labour hopes will win the backing of the youth vote are ending tuition fees, bringing back the maintenance grant and free bus travel for under-25s.

A minimum £10-an-hour minimum wage from the age of 16, when people would also be given political franchise, banning unpaid internships and introducing climate apprenticeships are also proposed.

A commitment to introduce automatic voter registration and to reform the Help to Buy housing scheme so it focuses on first-time buyers on ordinary incomes also features in the youth manifesto.