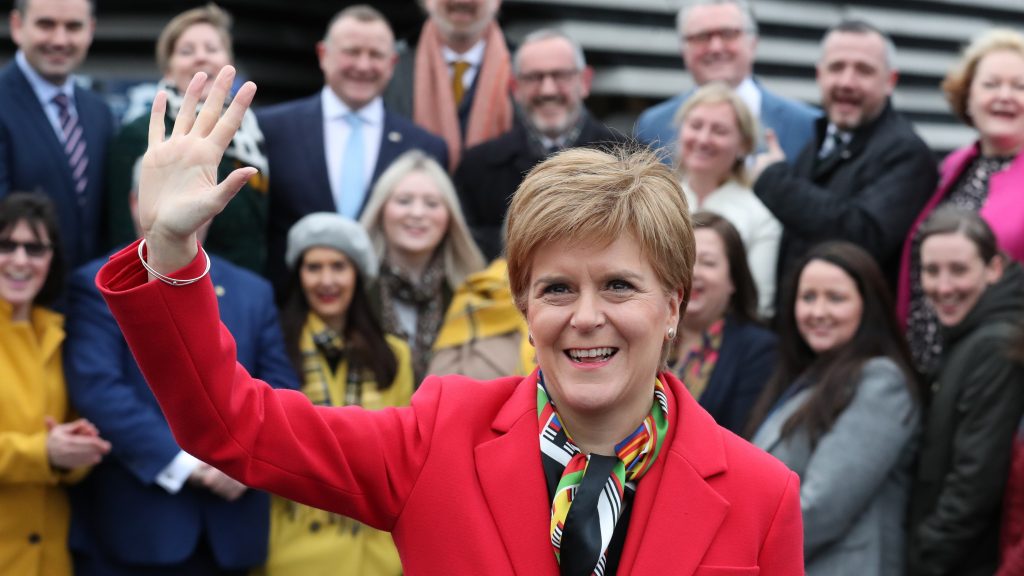 Nicola Sturgeon has called for a “coming together” of political parties in the Scottish parliament to deliver a second independence referendum.

The first minister said she plans to publish the “detailed democratic case” this week for powers to be transferred to the Scottish parliament to hold another vote on the issue.

The SNP claims it has a mandate for another vote on the issue following last week’s General Election results, when it won the majority of seats in Scotland.

In recent days, senior figures in Scottish Labour have said another referendum should be allowed to take place, including Cosla president Alison Evison.

The first minister said: “There is a growing, cross-party recognition that election mandates should be honoured, that there has been a material change of circumstances and that the question of independence must be decided by the people and not by politicians.

“Given the nature of what we are facing in terms of UK governance, this is now a matter of some urgency – which is why this government wants people to have a choice next year.”

The first minister said there was a similar “coming together” in Scotland before the establishment of the Scottish parliament.

She said: “Back in the early 1990s, when Scotland was also facing the prospect of a fourth Tory government with no mandate here, there was a coming together of political parties, communities and civic Scotland.

“That resulted in the establishment of this parliament. It has achieved much.

“But a new, Brexit-focused Tory government presents risks that few would have predicted at the dawn of devolution.

“So I hope in the coming days and weeks we will see a similar coming together around the idea of Scotland’s right to choose a better future.”

Sturgeon said the Scottish government will host meetings of representatives from “civic society, trade unions and the business community, religious and minority groups and local government”.

They will be designed to help the government counteract what they see as being the negative effects of the UK government, including child poverty, climate change and the status of the NHS in future trade deals.

Similar meetings were held by the Scottish government following the vote to leave the European Union in 2016.

Scottish Conservative leader Jackson Carlaw said: “What this election has confirmed beyond doubt or debate is that the whole of the United Kingdom together will be leaving the European Union at the end of next month.

“The campaign to stop it happening has failed, our departure is going ahead and the result of the 2016 UK referendum will be respected.”

He added: “Brexit is no longer a what-if, it is a political reality for us all.

“The whole of the UK together will now enter the period of transition and leave on the basis of the future trading arrangements with our EU partners negotiated next year.”

Scottish Labour leader Richard Leonard called for the Scottish parliament to act as a “campaign of resistance” to protect Scotland from Boris Johnson’s government.

Leonard said Labour would “work on a cross-party basis to resist the attacks that Boris Johnson will wage on the people”.

He asked Sturgeon to “use all the powers of this parliament as part of that campaign of resistance”.

Leonard said: “I am happy to join her in George Square but will she use the powers of this parliament?”

Sturgeon replied: “Yes, I will. I spent a considerable part of my statement talking about the ways in which we need to redouble our efforts to use the powers of this parliament – which the Scottish government has always done – to protect Scotland from an increasingly right-wing Conservative government.”

Citing their different stances on Scottish Independence, the first minister added: “I support the ability of this parliament to do as much as it can but I never supported a Scottish parliament just so we could mitigate the worst impacts of a Conservative government at Westminster.”