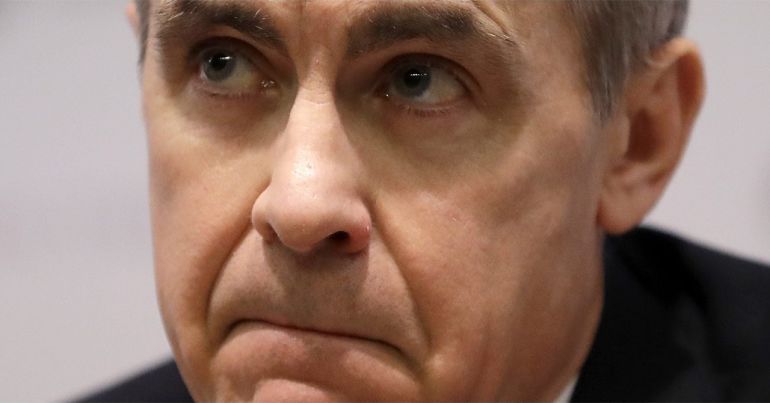 It’s emerged that hedge funds could have been making millions by exploiting advance information from Bank of England press conferences.

Ahead of the game

City watchdog the Financial Conduct Authority (FCA) was drafted in after the Bank discovered a back-up audio feed it installed a few years ago had been made available to a market news service. Hedge funds could have gained a crucial advantage over rivals by accessing governor Mark Carney’s comments seconds ahead of the broadcast feed, a Times investigation revealed.

At the monthly press conferences, Carney reveals the Bank’s latest decision on interest rates. He also takes questions from journalists and discusses various economic matters. The official video broadcast of this is handled by Bloomberg and goes out on a slight delay. The Times discovered that accessing a different back-up audio-only feed set up for the Bank gave traders “a five to eight-second head start on the rest of the market.”

Traders with access to this information could, for example, buy significant amounts of a currency which they know is likely to increase in value once a policy announcement or comment is made public. They could then sell this after currency markets move higher to make a profit.

Noffke added that funds who “could be making money on that” are likely to be using artificial intelligence. Although the market-sensitive information was only available to these traders seconds ahead of their rivals, the audio could be scanned for key words and phrases. This would result in automated trades by supercomputers which will predict the resultant movements in the markets.

High-frequency trading sees huge numbers of transactions executed in a fraction of a second via powerful computer programmes monitoring multiple markets simultaneously. The strategy is so lucrative that some companies have invested heavily in equipment such as microwave transmitters to get information a split second before prices change. Automated trading is the norm in some markets, with more than half of US equity trades currently involving computers rather human traders. However, the lack of human oversight means these trades, which can be worth millions of pounds, do involve significant risk.

High-frequency trading is not illegal but has been compared to insider dealing because it is a way of trading on information that others do not have.

However. the Bank described the use of the audio feed as “wholly unacceptable” and said it had been going on since “earlier this year”. It continued:

Use of the audio feed was without the Bank’s knowledge or consent, and is being investigated further. On identifying this, the Bank immediately disabled the third party supplier’s access. As a result, the third party supplier did not have any access to the most recent press conference and will no longer play any part in any of the Bank’s future press conferences. The Bank operates the highest standards of information security around the release of the market sensitive decisions of its policy committees. The issue identified related only to the broadcast of press conferences that follow such statements.