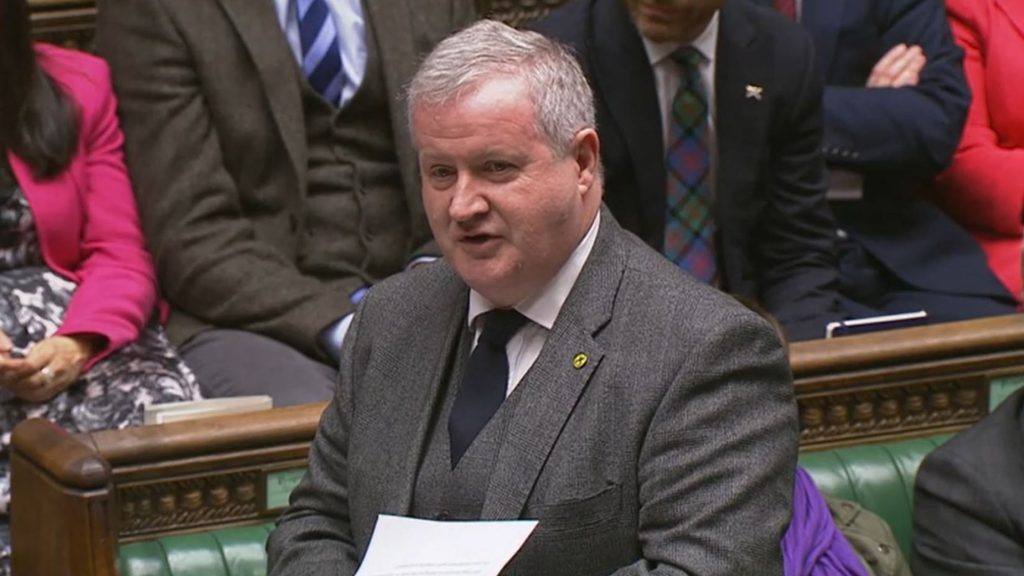 The SNP has accused Boris Johnson and the UK Government of “taking a wrecking ball” to Scotland with its plans in the Queen’s Speech.

SNP Westminster leader Ian Blackford spoke out after a speech that did not mention Scotland by name – although the queen said the “integrity and prosperity” of the United Kingdom was of “the utmost importance” to the UK Government.

Blackford argued the Withdrawal Agreement Bill that ministers will bring forward will hurt Scotland’s economy and cost thousands of jobs north of the border.

He was also critical of plans on immigration and said the UK Government was failing to match Scotland’s more ambitious targets on tackling climate change.

The Tory government’s legislative programme would spell disaster for Scotland – taking a wrecking ball to our economic and social foundations.

Rather than addressing key challenges facing the country by ending a decade of austerity, safeguarding our valuable NHS from the dangers of a post-Brexit trade deal and recognising the democratic right of Scotland’s right to choose a better future, the Tories have instead set out an agenda that serves the party’s narrow interests, not the interests of the country.

Its head of strategy and legal, Kavita Chetty, said:

We do not yet know the exact remit and scope of the commission announced today.

However, given previous threats to the Human Rights Act from the current UK Government, we have concerns about its intended purpose.

Chetty said the remit and scope of the new commission “must be guided by a commitment to the highest level of protection possible for people’s rights, and respect for the rule of law”.