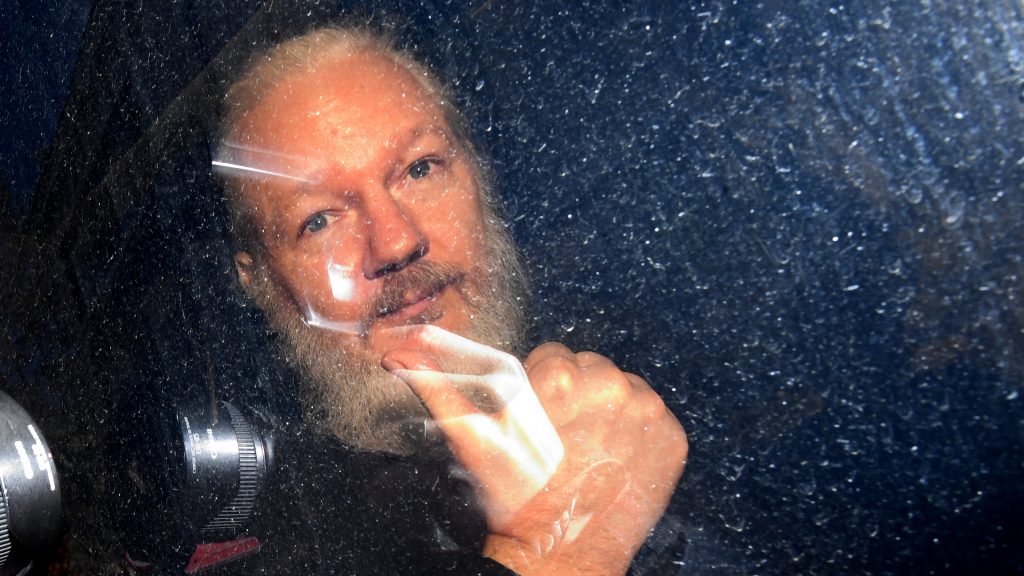 WikiLeaks founder Julian Assange’s legal team will argue he should not be extradited to the US because his alleged offences are being framed as “political” in nature, a court heard.

His lawyers believe that a 2007 extradition treaty agreed between the UK and US offers the 48-year-old protection.

Assange appeared via video-link at Westminster Magistrates’ Court on 19 November for a case management hearing to set the timetable leading up to a full extradition hearing in February.

He’s being held at the high-security Belmarsh Prison ahead of his court fight against extradition to the US, where he faces 18 charges, including conspiring to commit computer intrusion.

Assange is accused of working with former US army intelligence analyst Chelsea Manning to leak hundreds of thousands of classified documents.

Assange was silent for much of the hearing on Thursday. He initially spoke only to confirm his name and date of birth, and then sat, head slightly bowed, hands clasped in his lap, and occasionally closing his eyes during the approximately 45-minute proceedings.

Assange briefly spoke briefly at the end of the hearing when the judge asked if he had heard the dates set for future court appearances.

Fitzgerald said Assange’s defence team intends to call up to 21 witnesses for the full extradition hearing.

He said other material being submitted to the court will cover the case of Manning – who was convicted in 2013 over leaking classified documents to WikiLeaks – medical evidence, Assange’s prison conditions and ongoing Spanish legal proceedings relating to the alleged “bugging of the conversations with his lawyers in the Ecuadorian embassy”.

District judge Vanessa Baraitser confirmed that Assange’s extradition hearing is scheduled to be held at Belmarsh Magistrates’ Court from 24 February and could last up to four weeks.

Clair Dobbin, a lawyer representing the US government, told the judge there was a risk her colleague James Lewis QC may not be available for the full hearing due to other commitments.

She said Lewis had “some flexibility” in his diary, but highlighted he had three weeks available in April.

My impression was the government was anxious for this case to remain on track and not be derailed.

Dobbin replied: “The government is equally concerned that it has consistency of counsel.”

The judge informed Dobbin that an application would have to be submitted to the court for any change to the current timetable.

Fitzgerald reiterated complaints that Assange’s legal team were having “great problems” in seeing him in prison.

Assange’s lawyers have previously complained that he had been given access to an unsuitable computer.

Last month more than 60 doctors warned in an open letter addressed to home secretary Priti Patel that he could die in prison without urgent medical care and expressed “serious concerns” about Assange’s fitness to stand trial.

A second letter was sent by 100 medics this week to the Australian government calling for its help to return the WikiLeaks founder to his home country for treatment.

Assange was jailed for 50 weeks in May for breaching his bail conditions after going into hiding in the Ecuadorian embassy in London to avoid extradition to Sweden over sex offence allegations, which he has always denied.

Last month, WikiLeaks welcomed a decision by the Swedish authorities to drop a rape investigation.

Assange has been in custody since he was dramatically removed from the embassy building in April.

He is next due to appear in court via video-link for a custody hearing on 14 January, before a further case management hearing on 23 January.