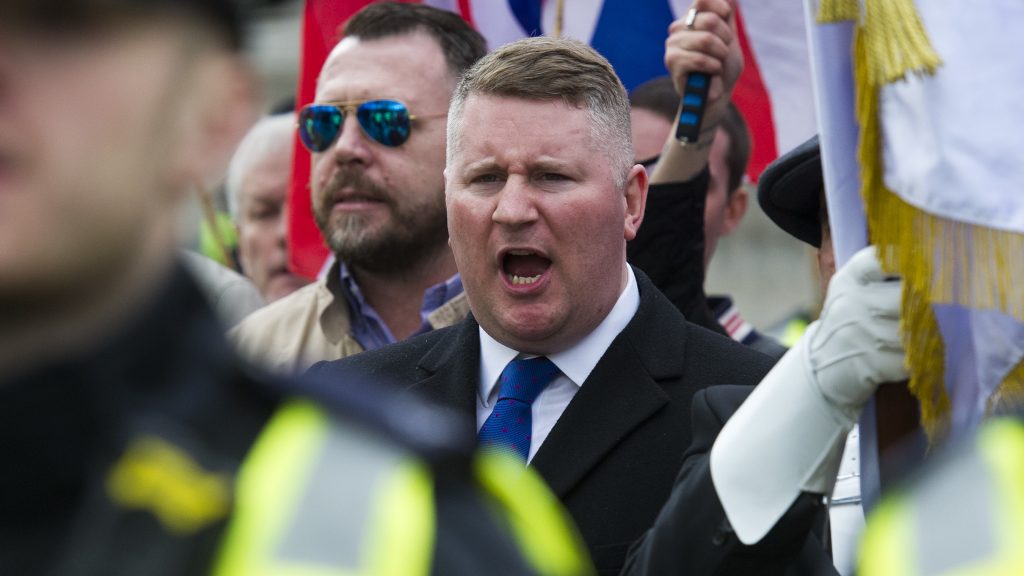 The convicted leader of far-right group Britain First has said he applied to join the Conservative Party to show support for controversial comments made by Boris Johnson about Islam.

Paul Golding – who has received a welcome email from the Tories following his application – told the PA news agency he liked the “cut of the cloth” of Johnson after he described Muslim women who wear the all-covering burqa as looking like “letterboxes”.

But the Tories said Golding’s application had “not been approved”, and a party source suggested his membership would be revoked.

Britain First, an anti-Islam party, said a number of senior members – including its leader, head of security and campaign manager – had applied to join the Tories in recent days.

Golding shared a screenshot of what appeared to be a confirmation email, electronically signed by Tory chairs and MPs James Cleverly and Ben Elliot, welcoming him to the party on 19 December.

It says: “Your membership is now activated. You can now attend party events both locally and nationally. Your membership card will be sent out shortly.” 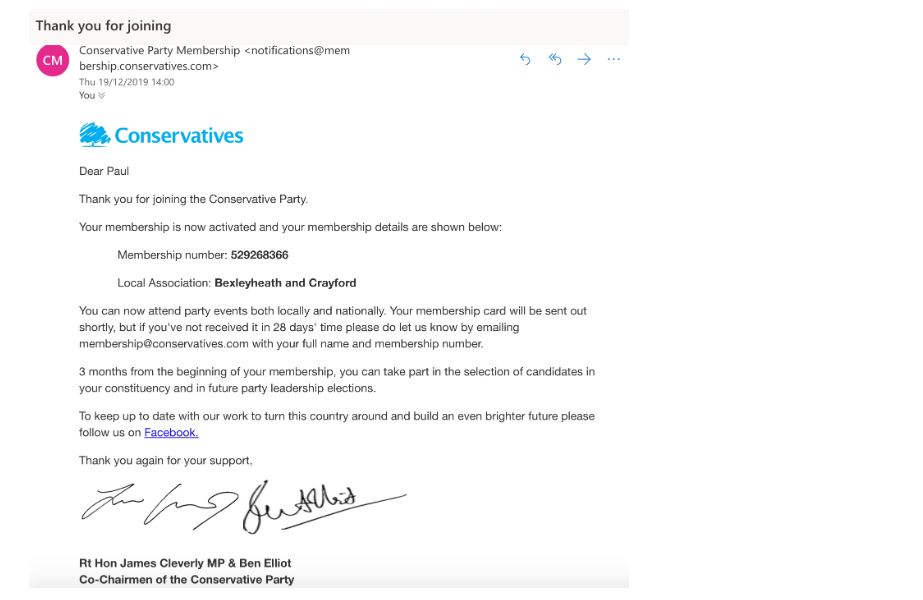 Golding, a former British National Party councillor, told PA he had applied after Johnson’s views on immigration and Brexit resonated with him.

Golding has twice been imprisoned for religiously aggravated harassment in the past five years. He stood in the European Parliament and London mayoral elections for Britain First and served time in jail as recently as last year.

He was found guilty at Folkestone Magistrates’ Court of religiously aggravated harassment, carried out alongside deputy leader Jayda Fransen in Kent in May 2017.

The far-right activist was handed an 18-week term for his part in a political campaign in which he and Fransen claimed to be trying to expose Islamic men who were the subject of a rape trial, but instead ended up branding innocent Muslims as paedophiles and rapists.

We like the cut of the cloth on Boris Johnson.

I think it is very clear that people who apply to be members of the Conservative Party, those memberships are reviewed when an application is done automatically.

And I can imagine members of Britain First and the individual you cite would certainly not be welcome in the Conservative Party.

Paul Golding’s application for membership of the Conservative Party has not been approved.

While we welcome new members from a wide variety of backgrounds, we are vigilant against those seeking to join the party who do not share our aims.

There is a process in place for local Conservative associations to approve members who apply to join, or to reject those who do not share the party’s values or objects.

We support local associations with this work to ensure they can and do take action where needed.