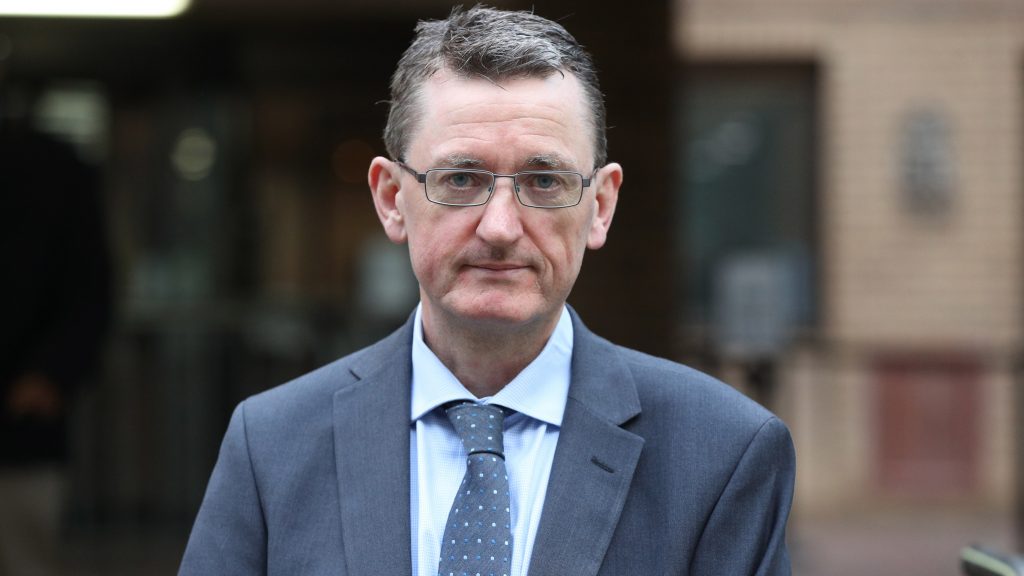 The boss of a cab driver’s union accused of assaulting two police officers by using a megaphone too close to their ears has been found not guilty part way through his trial.

James Farrar, 51, faced two charges of assault by beating of an emergency worker after he used a loudhailer near Constable Ann Spinks and Sergeant James Lewis during a demonstration against the congestion charge on 4 March 2019.

But, at the end of the prosecution case, Judge Philip Bartle QC told the jury at Southwark Crown Court to find Farrar not guilty after his defence argued there was no evidence he had committed a crime.

Prosecutor Terence Woods argued that while there was no physical beating, using the loudhailer in proximity to the officers was an “unlawful application of force”.

But dismissing jurors on 16 January, Judge Bartle said: “The essence of the defence argument, which I accept, was the facts did not justify the offence in either case of assault by beating because the offence requires unlawful application of force.”

Farrar, chairman of the United Private Hire Drivers’ branch of the IWGB union, had organised a weekly Parliament Square demonstration against Transport for London (TfL) for exempting black cabs from the congestion charge but enforcing it for Uber and minicab drivers.

Icah Peart QC, defending, said it would be “violence to the English language” to say that using a megaphone was an application of force.

“There was no actus reus, a guilty act, because speaking through a megaphone cannot and does not amount to the application of force.

“What he was doing to address the protesters was, given the circumstances, entirely appropriate.”

Jurors previously heard Farrar had used the megaphone before at the weekly protests which typically featured drums, air horns, whistles and vuvuzelas, as well as other megaphones.

Peart said: “As the organiser of the protest, how else could he have made himself heard if he had not taken advantage of equipment such as the loudhailer?

“There is no suggestion that Mr Farrar ought to have appreciated that by using that loudhailer in the way he had done numerous times previously that anyone was going to suffer any discomfort over and above how they were going to suffer having been in that crowd in any event.”

He added: “The evidence that either of these police officers experienced the discomfort they did solely based on what Mr Farrar did rather than being stuck in the protest for a couple of hours is not easy to see.”

Both Metropolitan Police officers had pre-existing conditions and neither suffered lasting hearing loss as a result, the court was told.

Making his decision on 16 January, Judge Bartle dismissed that the prosecution would have infringed on Farrar’s rights to protest and free speech under the European Convention on Human Rights.

He also dismissed the defence argument that it would have been impossible for the jury to think that only the megaphone caused the officers’ injuries.

He said: “There is evidence that each of these two officers suffered immediate pain and injury to their ears.

“That is a matter on which a jury could conclude that the use of the loudhailer was a significant cause of the problem that both the officers had with their ears.”

But the judge went on: “Taking account of all the circumstances, I am not satisfied that it does amount to an unlawful application of force.

“In particular, I take account of the fact that Mr Farrar had used the loudhailer on previous occasions other than the protest on the 4th of March.

“It was something he needed to use in order to communicate what he wanted to say to the crowd. The use, in my judgement was itself lawful and not in any way an unlawful application of force.”