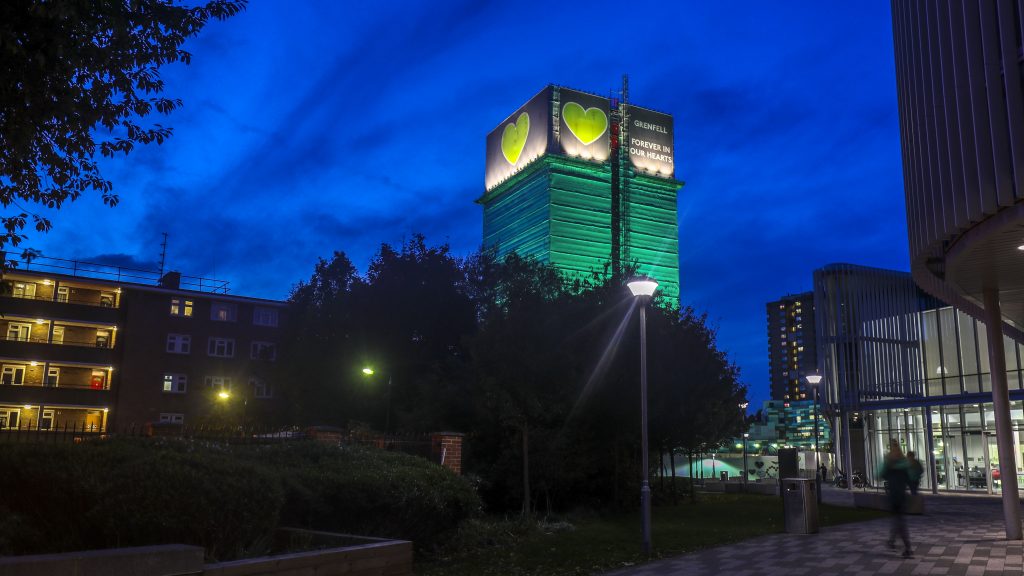 Grenfell Tower contractors appeared more concerned about “cost and delay” than fire safety, the inquiry into the disaster heard as campaigners marked 1,000 days since the fire.

During discussions about installing cavity barriers designed to stop flames in March 2015, it was noted that upgrading from the minimum required standard of 30 minutes’ fire-resistance to 120 minutes’ would cost an extra £12,000, the inquiry heard on 10 March.

“Apparently by going to 2hrs as we discussed has a cost increase of around £12k.”

Studio E design lead Neil Crawford agreed with the inquiry’s chief lawyer, Richard Millett QC, that there was pressure on site to avoid having to recommend the upgraded cavity barriers.

Millett asked him: “And the main concern was cost and delay as opposed to fire safety?”

Crawford, who led the architects’ design team but is not a registered architect, replied: “I can’t speak on behalf of the other participants in that conversation but you might read that into what they’ve written, yes.”

An expert report in 2018 found there were “missing and defective cavity barriers” in the final refurbishment and that horizontal cavity barriers had been incorrectly installed vertically.

The report by Dr Barbara Lane, commissioned by the inquiry, also found that windows in individual flats had no fire barriers encasing them and these openings were surrounded by combustible material.

“The assembly – taken together with the insulation material on the existing external wall, the missing and defective cavity barriers – became part of a successful combustion process”, she wrote.

Asked if he had considered the fire performance of the building’s decorative architectural “crown”, which was found to have helped the blaze spread, Crawford said he “just understood it to be more aluminium panels”.

Millett, questioning him about drawings he was asked to approve for the feature, said: “Did you give any thought to how a fire might be able to spread uninhibited … across the crown of this building in the absence of any cavity barriers either within the crown or at the top of the columns?”

Crawford replied: “In the absence of cavity barriers I would understand fire just to go straight out into the atmosphere.

Phase one of the inquiry found that the crown was “primarily responsible” for the fire’s horizontal spread, with the “melting and dripping of burning polyethylene” from it contributing to more fire.

A total of 72 people died in the June 2017 fire at the west London tower block. It was ignited by an electrical fault in a fridge-freezer.

Campaign group Grenfell United said in a statement: “1,000 days on we are a long way from truth and justice. Across the country people are living in death traps and promises for change are still being broken. But we remain dignified and 1,000 days on we are even stronger.

“We have won battles and overcome hurdles to make sure we cannot be ignored. And we will continue to work together, with our community, for as long as it takes to get truth, justice and change.

“Every day we carry 72 lives lost in our hearts. Thank you for standing with us.”