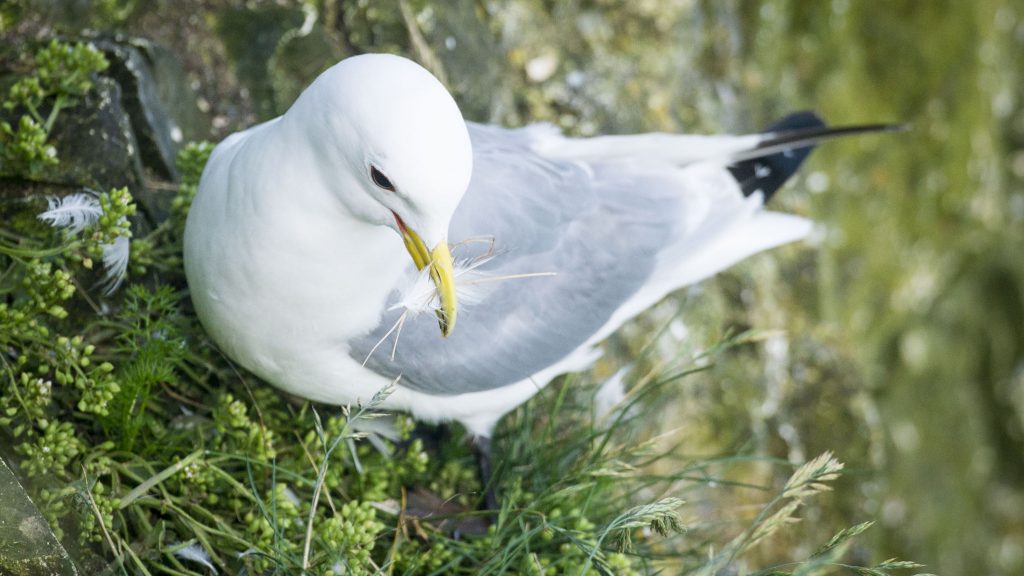 Many seabirds are struggling in the face of food shortages and storms brought on by climate breakdown, conservationists have warned.

The warning comes as the latest report on breeding seabirds from the Joint Nature Conservation Committee reveals significant declines in species such as Arctic skuas, kittiwakes and northern fulmars in the past two decades.

Numbers of black legged kittiwakes are estimated to have halved since 2000, when the last major census of breeding seabirds took place, while Arctic skuas are down 70% and northern fulmars are down 36%.

Other species in decline, according to the annual seabird monitoring programme, include little terns which are down a quarter since 2000, European shags, down 24%, and Arctic terns, with a 13% fall in numbers.

Some species have seen their numbers boosted significantly since 2000, but the RSPB’s marine principal policy officer Gareth Cunningham said they were bucking an overall downward trend.

Mediterranean gulls, whose numbers have soared in the UK in the past two decades, were benefiting from rising temperatures which made this country more suitable for them.

And roseate terns, which have seen numbers double in that time, may have benefited from conservation work to restore its nesting habitat, he said.

“For the majority of other species, it’s a trend of decline,” he said.

“Where you are in the country depends how steep the decline is.

“In North Scotland and the North Sea we’re seeing the largest declines, primarily through the impacts of climate change, both on food availability and increased storms.”

The climate crisis is contributing to declines in species such as Arctic skuas and northern fulmars, which are affected by the availability of their food source of sand eels that are being hit by warming seas and fishing.

Though the report does not provide a figure for the fortunes of puffins since 2000, Cunningham said the species was also being affected in this way, with a crash in Scottish populations primarily due to the impact on its food sources.

Kittiwakes are also struggling in the face of climate breakdown – and in particular the increase in storms that it brings.

“Unlike most seabirds, they are unable to dive to great depths and if the sea is churned up by storms, it’s very difficult to access the fish,” Cunningham said.

Many seabirds, most of which spend the winter at sea, could also be affected by increased stormy conditions as they risk drowning or expend more energy trying to stay afloat and arrive back for the breeding season worn out.

And little terns are being hit by rising sea levels which can cause erosion or wash-outs of their coastal nesting habitat.

Long term measures are needed to tackle climate breakdown, but also shorter-term efforts need to create coastal habitat for nesting birds such as saltmarsh, which can also provide flood protection for people, he said.

He also called for a “holistic” approach to marine planning to ensure offshore wind farms are going in the right place and in the right way, and for governments in all parts of the UK to work together to protect seabirds.

A new census of seabird numbers, which is normally conducted around every 15 years, is currently under way.